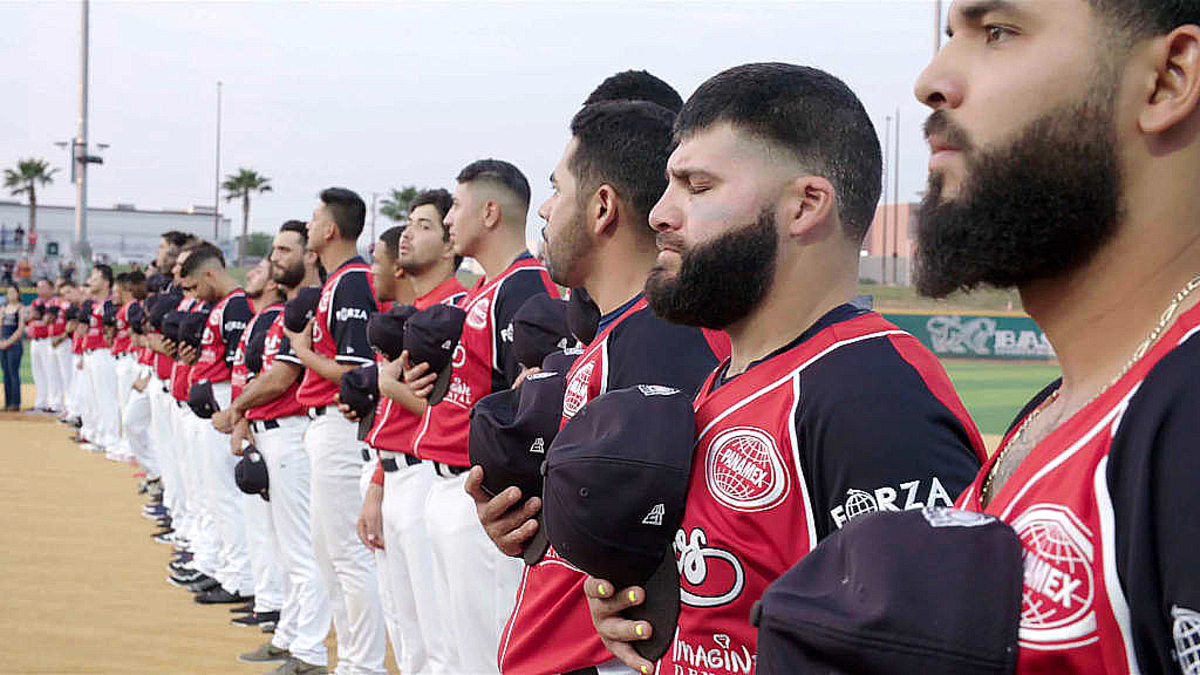 American as apple pie and beloved by fans and players all over North and South America is baseball. Now Showtime brings the heart wrenching documentary Bad Hombres to the network this Friday night. It personalizes the Catch-22 many people are dealing with this very moment.

Showtime sent TV Shows Ace a first preview of the illuminating doc that chronicles the dilemma of border towns that have dual lives—both in Mexico and the USA—as they try to stay abreast of American border policies.

Filmed over the course of the 2019 Mexican Baseball League season, the doc chronicles the Tecolotes de los Dos Laredos, the world’s only binational professional baseball team.

The film shows viewers how they cope living in the two vibrant border cities besieged by political rhetoric and curtailing immigration policies, all for the love of our national sport of baseball.

What is Bad Hombres about?

The never-before-seen clip below reveals the unexpected worries shared by members of the Tecolotes’ staff and roster.  In the clip, you can see how the team members are trying to work out their futures with uncertainty that they can be allowed back into the USA city of Laredo to play for their team.

They must come to realize their lives will be affected by a controversial statement from the United States government which is threatening the closure of the U.S.-Mexico border just days before the season begins.

The fallout may potentially restrict travel between the team’s two home ballparks. Both their home openers are scheduled in Laredo, Texas and Nuevo Laredo, Mexico.

Fans and non-fans of the border squad will meet the protagonists, players and staff located in Nuevo Laredo, Tamaulipas and Laredo, Texas, in La Junta Park and Uni-Trade Stadium.

Viewers will also learn there is a rich history in Mexican professional baseball as well.  The film reveals that the Club has also cultivated  commercial partners and sponsors, which has spurred the awareness, development and growth of their team.

The creatives behind the doc

The Showtime network has the exclusive to air the documentary.