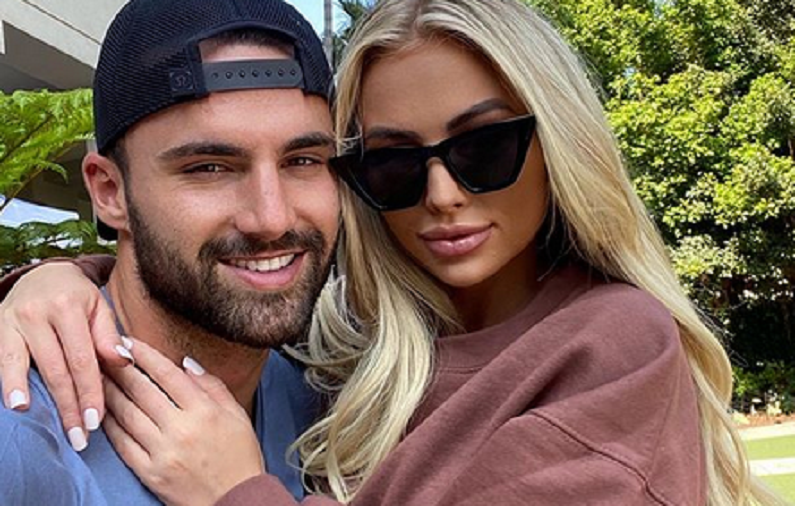 Love Island couple Connor Trott and Mackenzie Dipman are still very much together. They took a “surprise trip” to Napa. It’s been just weeks since Justine Ndiba and Caleb Corprew won the $100,000 grand prize at the Season 2 finale. But one of the most surprising twists is that an unexpected couple got back together after leaving the villa.

As fans recall, Connor and Mackenzie had a rough start. Mackenzie often felt insecure about their relationship and Connor’s feelings for her. Then she lost interest in him after the Casa Amor drama happened. Ultimately, the two found themselves packing and leaving on different occasions.

Since then, the two have found their way back to each other.

What are Connor and Mackenzie up to?

The Love Island Season 2 contestants have kept busy since leaving the villa. As TV Shows Ace previously reported, the couple was spotted dining out with George Johnson, Kierstan Saulter, Sher Suarez, and Yamen Sanders. Connor even attended Mackenzie’s graduation ceremony. The couple has traveled a lot despite the coronavirus. As per Screen Rant, they even traveled to Malibu, Marina Del Rey, and Rancho Mirage.

Earlier this week, they documented their surprise trip on Instagram. Connor shared a photo of them at the 1801 First Luxury Inn in Napa, California. He revealed that it was a “surprise trip.” Mackenzie posted a photo of herself with Connor walking through a winery in Napa.

Surprise trips are the best trips 🍷

This is one of the most shocking twists to come out of Love Island. The couple looks more in love than they did in the villa. They’ve been sharing adorable couple’s photos, going on romantic trips, and proving everyone wrong. However, it’s a shame that fans didn’t get to see them make it on the show.

But it’s probably for the best. Maybe the experience of meeting new people and recoupling wasn’t the best for the couple. It looks like it messed with both Mackenzie and Connor’s head. They were probably better off focusing on their relationship in the real world.

Mackenzie and Connor made their debut in Love Island USA Season 2. They were there since the start of the show. Connor introduced himself as a 23-year-old auditor from Pittsburgh, Pennsylvania. Meanwhile, Mackenzie described herself as a 24-year-old student from Scottdale, Arizona. Despite the long-distance in their relationship, the couple has managed to make it work.

Our favorite couple Mackenzie and Connor recoupled again last night 💞 #McConnor is taking it slow and we are here for it! @loveislandusa

Connor and Mackenzie coupled up on the first day. It’s clear that they had immediate chemistry. Mackenzie pushed Connor to become official, but he wasn’t sure. The couple had a rocky journey as the season went on, leading them to both get dumped at the villa at different times.

But the couple found each other after the show. They’re still together to this day. Even viewers didn’t think they were going to make it. Now, Connor and Mackenzie are defying the odds.