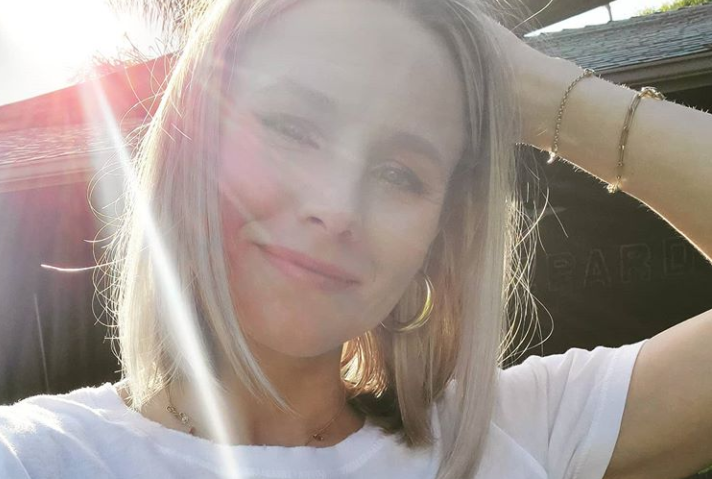 Kristen Bell and husband Dax Shepard have an enviable relationship. They share businesses, love, and two children. Lincoln and Bella are often the topic of their parent’s interviews and influence the projects they take. Recently Dax admitted on his podcast he’d had a relapse after sixteen years of sobriety.

Kristen Bell spoke to Ellen DeGeneres according to a People sneak peek and said he is doing great and they are together moving forward. Kristen said, “everybody is up against their own demons,” in the clip below from Ellentube. “Sometimes it’s anxiety and depression. Sometimes it’s substance abuse.”

Kristen Bell Says She Will Stand By Her Husband

Kristen Bell explained she was the one who administered his medicine to People. That was the plan to keep things under control. She said, “The thing I love most about Dax is … that he was able to tell me and tell us and say, ‘We need a different plan.’ Even though they had a plan, Bell said he told her, “We need a stronger plan.”

Kristen said her husband is, “addicted to evolving He was like, ‘I don’t want to risk this family and I did, so let’s put new things in place to make sure it doesn’t happen again.” The two of them are also going back to therapy. She stated, “I will continue to stand by him because he’s very, very worth it.”

Why Did The Relapse Happen?

On his podcast after he’d spoken to Kristen Bell, he said he was seven days sober on September 25th. He titled that episode, “Day 7,” and share he’d been using painkillers after his motorcycle accident. This was the first time he’d relapsed after eight years. He said, “so eight years into sobriety, I have not done a single shady thing. There was nothing gray.” Once the painkillers were given to him, he called his sponsor.

That was fine to begin with. Then he was responsible for giving his father painkillers and took some as well. He panicked after thinking that was a relapse. He told his wife then and she said this wasn’t a relapse, move on and keep going. So, he did.

Dax Had Bad Luck In 2020 With Accidents

At the beginning of the year, Dax broke his hand during a ATV accident. Then more recently he was in another motorcycle accident. He revealed he started to purchase his own pills and started to lie. When he realized the lying he knew he needed help.

In the podcast that followed his confession, Dax said he received nothing but support from fans and his wife Kristen Bell. He said, “I want to say thanks to all the people that have been so unbelievably lovely to us in response to ‘Day 7.” The podcast host revealed he now feels relief. “Armchair Expert,” releases episodes on Mondays.

Jinger Vuolo’s New Post Has Fans Worried About Her Kids: ‘Are They Ok?’
Olivia Jade May Be Having A Tough Time In ‘DWTS’ Rehearsal Room
Chase Chrisley Gives Savannah Serious Side Eye, Here’s Why
‘LPBW’: Little Lilah Does The Most Precious Act Of Love
‘7 Little Johnstons’ Season 10 Premiere Date Confirmed By TLC