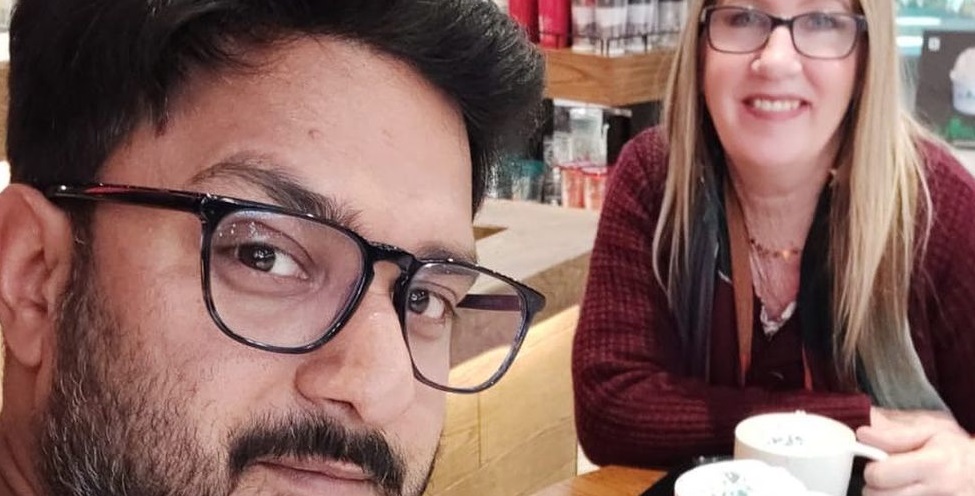 ’90 Day Fiancé’ fans definitely have their own opinions on Sumit and Jenny’s age gap. But, what do those closer to the couple think?

90 Day Fiancé star Sumit Singh loves his culture and his parents. And, we already know what his family thinks about the very odd relationship. But, what does Sumit’s culture say about such a large age gap? Is there a cultural issue with it? Keep reading for the scoop.

How it all began

Sumit Singh’s relationship with  Jenny Slatten began when he lured Jenny on Facebook into a catfishing situation. While Jenny may have fallen for the imaginary Michael Jones, the two fell in love. The eight-year-old relationship between Sumit and Jenny had many ups and downs in their relationship.

The biggest problem of all is the large age gap between the two. If you aren’t familiar with the age gap, Jenny and Sumit are 29 years apart. The question is: where does his Indian culture fall with this age gap? Do they agree with his parents and the view of “society?” After all, Jenny is old enough to be a mother to Sumit!

The woes continue for Sumit and Jenny

Sumit eventually came clean about his real identity, which didn’t make Jenny flinch. She decided to visit him a year later. She traveled to India to stay with Sumit under false pretense. Jenny called herself his Facebook friend and continued a long-distance relationship ever since.

However, during their 90 Day Fiancé romance, Sumit got married against her wishes and was so unhappy that he even tried to end his life. He continued to lie to Jenny, who later found out about his marriage but stayed around after he promised a divorce.

What Sumits Culture has to say

Sumit’s father, his family, friends, and the  judgmental community think the twos “relationship is downright odd!” A Reddit user who’s of Indian-American background shared some insights on the Sumit and Jenny relationship drama.

The source notes that Sumit belongs to a middle-class Hindu family from New Delhi. Dating is generally frowned upon by many families. Instead, parents encouraging arranged marriages where the “main goal is to find your child a ‘suitable’ match. Looking for background and family you believe will be advantageous for your child’s future” in an age-old practice.

According to a recent article by Screen Rant… Divorce is also tricky in Sumit’s culture: “both bureaucratically and socially.” Sumit’s estranged wife will most likely carry the stigma of being a divorcee for the rest of her life.

The awkwardness will continue for Sumit and Jenny

Viewers have noted on 90 Day Fiancé Sumit and Jenny are given awkward glances by people at stores, restaurants, people on the streets. The couple isn’t fazed and have climbed many mountains to get to the point they are at. They don’t seem to care what Sumit’s culture says, what his parents say, or anyone else for that matter. The two are committed to making their relationship work.

Amelia Hamlin Poses Topless On Instagram Amid Fashion Month
Free Streamer Tubi Wants To Be Your October Halloween Scare Spot For TV
‘Babylon Berlin’: When Is The Season 4 Release Date?
Teresa Giudice & Kyle Richards Post Selfie Teasing Peacock’s ‘RHUGT,’ So Why Is Teresa Is Getting All The Attention?
Kylie Jenner Seemingly Confirms Baby Gender On Instagram