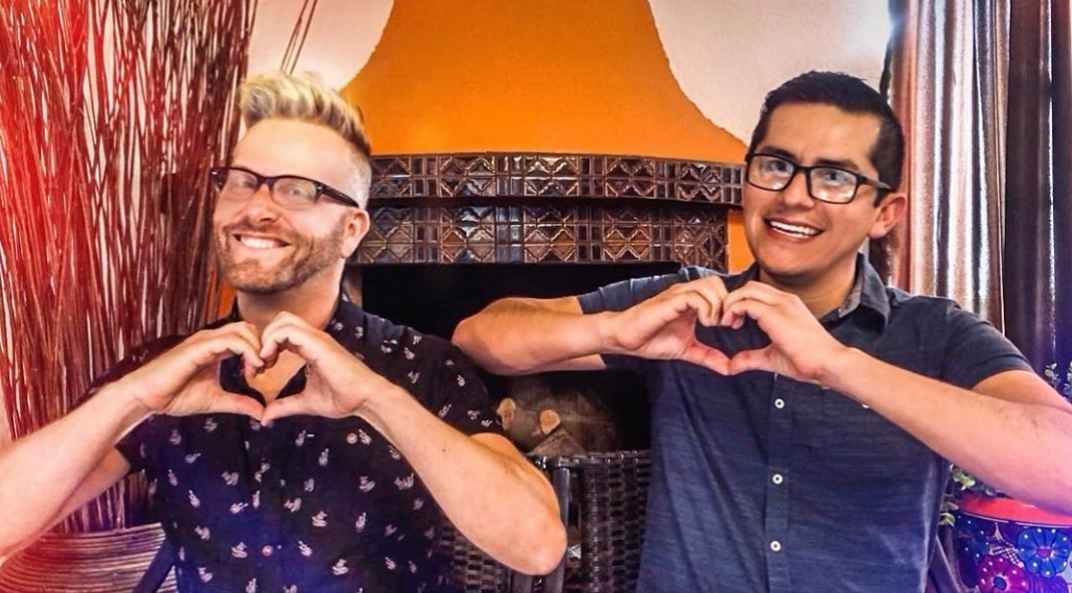 90 Day Fiance: The Other Way fans thoroughly enjoyed Kenneth Niedermeier and Armando Rubio’s romantic engagement. However, since that time the same-sex pair seems to be having nothing but problems for. This is especially the case with Sunday’s episode. Fans watched as Kenny traveled to Armando’s family home. He wants to announce the engagement to the family. Kenny was understandably nervous about meeting his fiancé’s parents, but he had no idea how bad it would be. Part of the problem was Kenny’s lack of Spanish, but also Armando’s conservative father didn’t make it easy.

Kenny and Armando of 90 Day Fiance: The Other Way have quite the following on social media. Fans truly love this romantic couple! However, things got awkward on Sunday’s episode, when Kenny, 57, traveled with Armando, 31, to his parents’ home. Meeting the parents is always pretty difficult, but when you are an American male meeting your male fiancé’s Mexican parents for the first time, it is way worse.

90 Day Fiance fans will remember that Kenny moved from America to Mexico to be with his love, Armando. Kenny didn’t waste time proposing to his formerly long-distance love in a truly romantic setting. Kenny’s three daughters are thrilled for their dad and Armando, but the Mexican part of the family is not so much.

After watching the episode of Sunday, October 11, fans have been reacting strongly. Many believe Kenny’s lack of Spanish is the problem, but whatever it is, the meeting was truly awkward. Being faced with the entire Rubio clan was truly uncomfortable for Kenny.

En route to meet Armando's family!🚘 Was Kenny prepared for this? #90DayFiance

Armando’s mother was surprised that Kenny and Armando made the announcement in front of her sisters. She added that this was while they were “embarrassing” her. Meanwhile, Kenny did come to realize how hurt Armando’s mom was by this. The 90 Day Fiance star took this as “something horrible and not something beautiful.” Naturally, things got even worse when it came to Armando’s mom announcing it was “time for bed.” The silence following this statement was deafening in itself.

Fans hit social media to make themselves heard about the sheer awkwardness of this scene. Many blamed Kenny’s lack of Spanish. He had to learn to say “mucho gusto” (it’s a pleasure/nice to meet you) in the car on the way to Armando’s family.

Sometimes Armando finds it hard to translate for Kenny when he’s processing his own thoughts and emotions at the same time. 💭 #90DayFiance pic.twitter.com/cdFEyLydqK

One Twitter user wrote, “Kenny meeting Armando’s family was awkward. You didn’t bother to learn *any* Spanish before moving to Mexico?”  Meanwhile, other fans mentioned how this was a cultural thing. They wrote that at least Kenny and Armando are trying and the family did agree to meet them.

However, the major problem is Armando’s conservative family and their thoughts on same-sex relationships or marriages. The fact was, Armando’s father refused to come out to meet them because he was “tired.” As noted by Screen Rant, is this a pointer to the fact he will likely never accept his son’s same-sex romance?

Keep up with Kenny and Armando’s story on 90 Day Fiancé: The Other Way on TLC on Sundays at 8 pm EST.