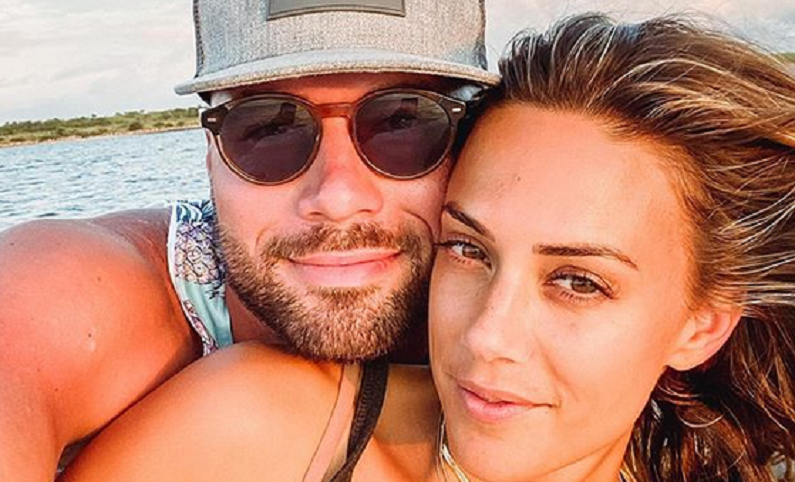 Jana Kramer and Mike Caussin’s marriage has been rocked by infidelity once again. The couple has been honest about the difficulties of their relationship. Their journey led to Caussin seeking treatment for his addiction. Despite his issues, Kramer has been devoted to him.

She wanted to work on their marriage. However, fans feel that the One Tree Hill star deserves better in her life. But for Kramer, she has to worry about their kids. She worries about what people would think if she divorced Caussin.

So, Kramer remains by her side. Until she got an unsettling message on social media.

Jana Kramer received a message that her husband allegedly cheated again. She shared that she went into “freak-out mode” on the Sunday, October 11 episode of their “Whine Down” podcast. Kramer said she received a direct message on social media claiming that Caussin had another affair.

“The reason why it caught me off guard was because the very first time I found out Mike cheated on me was through a DM,” the 36-year-old said, as per Us Weekly. “I think – I told my therapist this – I almost have this weird PTSD where I go through my DMs, almost looking to see if the truth is going to prevail in the DM again.”

The Dancing with the Stars alum admitted her “fears” when looking through those messages. Then Kramer’s worst nightmare came true. She came across a message that read, “Mike cheated again, I’m sorry.” Kramer clicked on the person’s profile and noticed it had “zero followers.”

Almost 2 years ago today Mike and I signed our book deal with @harperonebooks. We were excited, nervous, a little scared but mostly we were hopeful. I prayed that this book would help others, inspire, and even give a good laugh and cry. We are overcome with emotions with how much our book has touched ya’ll. Having written every word on the page ourselves we were afraid of the rejection that maybe we weren’t enough…like who are we to be writing a book? To be on the New York Times bestsellers list was of course our absolute insane dream goal but what really our hearts goal was that this book would touch ya’ll in the ways that it has. That’s the win. That’s the victory. That you have some tools to take away and try yourselves, that you can laugh and cry knowing you aren’t ALONE in any of the messiness and joyful times of life…because you aren’t alone. Thank you for letting us open up to ya’ll like we never have before. Which chapter has opened your eyes the most? and tag a friend that should get the book:) @thegoodfightjm

So, she decided to reach out to the person to see if she could get more information. During the episode, Kramer revealed she exchanged messages with the girl. The anonymous source claimed her friend slept with Caussin without protection. Even though there was no proof of the affair, Kramer still couldn’t trust him.

Regardless, she continued to reach out to the girl. The source revealed information about Caussin that could appear easily on the internet. And then the girl revealed that Kramer’s husband has a “secret device,” which is one of her fears. Kramer kept the messages to herself until she finally confronted her husband.

How Jana Kramer is coping

She admits she “searched the freakin’ house” looking for this “secret device.” Then, Jana Kramer decided to schedule an appointment with her therapist. The girl’s claims are still in the back of her mind. It’s not something that she can ignore because she still doesn’t trust Caussin completely.

Later in the episode, Kramer admitted that she was afraid to ask Caussin. The country singer was afraid that he would lie to her. Then Caussin said that he doesn’t “think she fully believes me.” Kramer added: “I have a hard time believing it, but I also don’t at the same time.” Now, the couple is working through it together.

First family beach trip in the books. Nothing beats seeing them so happy and having fun. They deserved it. We all have. Back to nash

Kramer and Caussin married in May 2015. They welcomed their first child, Jolie, three months later. The Good Fight authors briefly separated in September 2016 after reports claimed that Caussin cheated. The couple reconciled and renewed their vows in 2017.

In November 2018, they welcomed a second child, Jace.