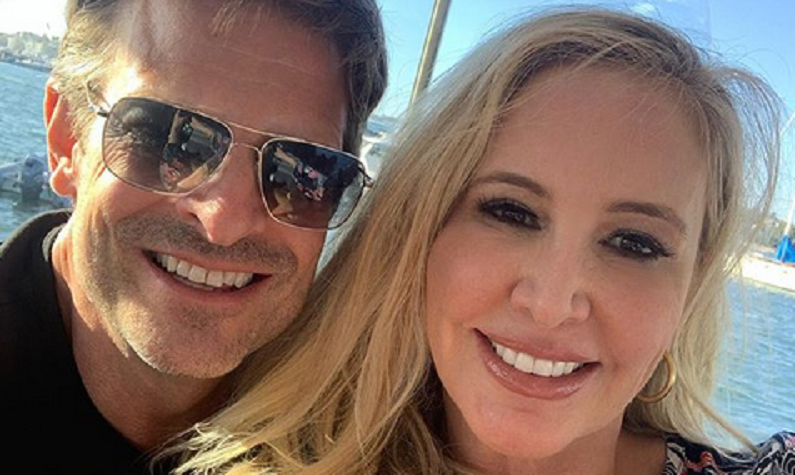 Shannon Beador sure looks happy with her new boyfriend John Janssen on social media. Does that mean the Real Housewives of Orange County star has plans to get married again? The couple has dated for more than a year. But Season 15 will be the first time that fans will get to see her man on the show.

In the meantime, Shannon shared updates on her relationship with social media. The duo already got approval from their respective families. Shannon and John met through mutual friends, and have been together ever since. Then, the coronavirus pandemic happened and California went into lockdown.

In a new interview, Shannon gave an update on their relationship. She also revealed how they survived the global health crisis.

Does Shannon Beador have plans to marry John Jenssen?

The RHOC star spoke to Carissa Culiner from E!’s Daily Pop. On Tuesday, October 13, she gave an update on how her relationship with John is going.

The reality star couldn’t stop gushing about him during the interview. Shannon exclaimed that John has been “very sweet” and “supportive” through everything. It’s not “something that I’m really used to.” She’s surprised that she “could find such happiness at 56.” The Bravo personality said she’s “grateful” to have met John.

Blessed to be on the water on a very hot🔥 day…❤️

Does that mean she wants to get married? Shannon admitted she’s taking things “slowly” in this relationship with him. She is in no rush to get married again anytime soon.

“I do want to share my life with someone and have a partner, but you need to know that is the right relationship for you,” the foodie continued. “Because I don’t want to make another mistake. So, I do want things to go slowly. I’m in no rush for anything.”

As fans recall, Shannon announced her separation from ex David Beador in October 2017. The couple split after 17 years of marriage. Their divorce was long and messy. In July 2019, Shannon became Instagram official with John.

How will their relationship play out on RHOC Season 15?

Shannon Beador also opened up to Entertainment Tonight about their relationship dynamic. Fans will get to see how it plays out this season, both before and during the pandemic. Shannon and John are like the modern-day Brady Bunch. Each partner has three kids – Shannon has three daughters, while John has two plus a son. Of course, it wasn’t easy on everyone, at first.

“I think I knew most things about him but it’s just when you’re together all the time – typically people can go and have their independent space and that sort of thing, so it was an adjustment,” Shannon explained. “It definitely was. But I’m sure it was for everybody, right? I mean, we wouldn’t be a normal couple if you didn’t have a few bumps, a few bumps.”

Shannon confessed that she’s in love with John. But that doesn’t mean she’s going to call him “the one.” Since she went through a marriage and a divorce, she doesn’t want to go through it all over again. As for her relationship with David, it “is what it is.”