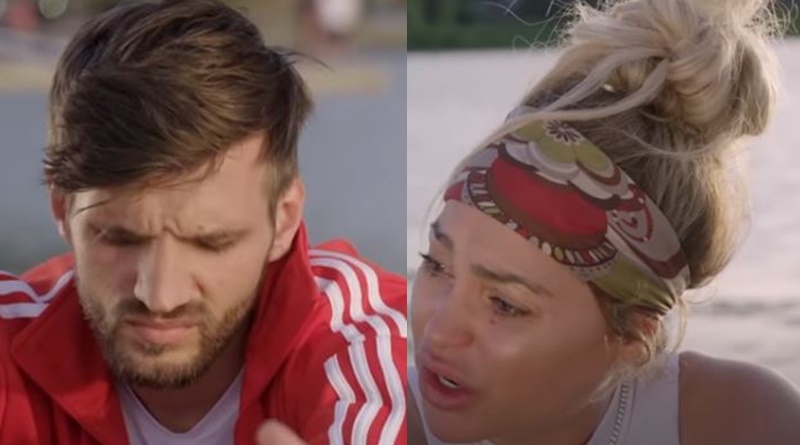 Darcey And Stacey airs on TLC at the moment. And, it looks like Stacey’s down on her luck with her choice of partner, Florian. After she literally saw a video o him in bed with another woman, she’s all upset. But, he seems hardly perturbed about it at all.

We reported that Stacey Silva found a very revealing video of Florian. “Posted on social media, the clip shows him in bed with another woman. However, this is not just any woman. It is the same one he was pictured with before.” Obviously, Stacey freaked out about it as they actually married already. Hurt, she questioned him, but in that episode, fans saw he just didn’t want to talk about it.

However, fans saw that finally, Florian opened up a bit as Stacey Silva pushed him on it. US Weekly reported that he responded to Stacey. He practically admitted he cheated with the woman but seemed unconcerned. He said, ” I just kiss her. Kiss her a little bit. … Kiss her, I don’t feel any passion. I don’t feel nothing important. I don’t feel any love.” Then he said, “I just love you.” Well, yeah right! Some fans think of course he did more than kiss her.

Florian never answers questions about cheating&changes the subject. Stacey everyone else in this world knows when your spouse starts yelling back, knowing it’s they’re fault THEY ARE GUILTY of more things your not aware of.Yelling is a defence mechanism.u MORON 🙄#darceyandstacey

Skeptical fans don’t believe Florian. One said, “There is 0% chance Florian DIDN’T sleep with that chick!” And, another fan wrote, “Stacey you look really dumb and we know you aren’t. Please stop acting like you believe the photo shoot story and that Florian isn’t screwing around on you. He wants to be in America with a girl his age. You know it..we all do.” And, yeah, others agree that she surely can’t believe he really wants to stay faithful to her.

Stacey Silva followers really dislike Florian a lot. One of them wrote, “Florian is such a liar!! #darceyandstacey I can’t stand him!” And, even though he seems unworried, even if he just kissed the girl, another fan said, “Kissing someone else is still cheating.” Plus, he seems resentful and irritated with Stacey for pushing it. As one person noted, “I hate how disrespectful Florian is, all he does is swear at people and gets aggressive for no reason.”

Disgusted with Florian, lots of people vented about him on Twitter:

#darceyandstacey #Florian is not in any way an attractive guy. He looks like a starving vampire from an Eastern European country. Send him back!

What do you think about Florian cheating, then sounding unperturbed? Do you believe he “felt nothing” and it went no further than a kiss? Sound off in the comments below.

A Big Duggar Announcement Could Be Coming Soon – What Is It?
‘The Young And The Restless’ Spoilers, June 11-14: Summer Needs To Watch Her Back
My 600-Lb Life Star Angela Gutierrez: 2021 Update
Trent Johnston Whips Out His Blower To Spice Up Lunar Celebration
‘RHOC’: Kelly Dodd, Tamra Judge, Heather Dubrow & More Could Return