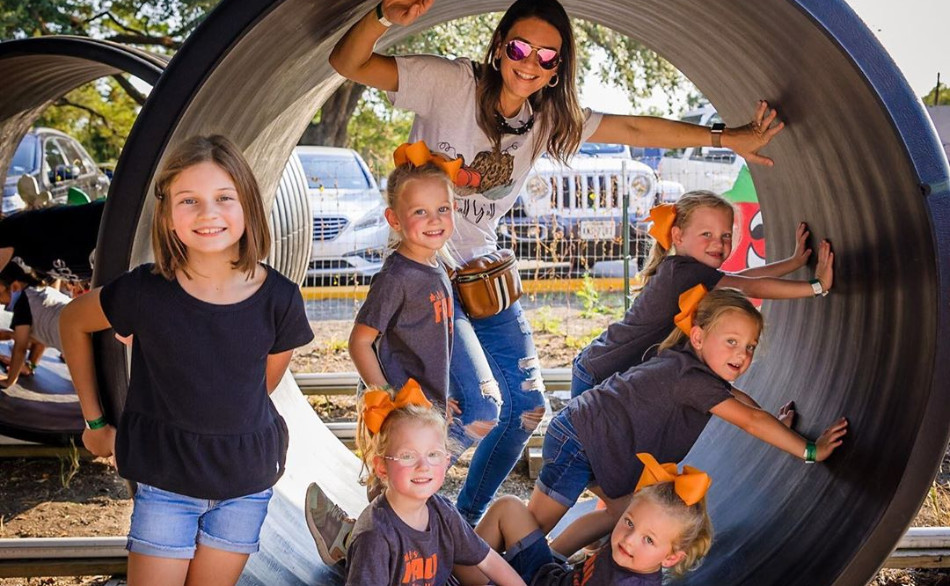 The Busby family of OutDaughtered fame celebrated a school milestone on Tuesday. Danielle took to Instagram to let everyone know it was Blayke’s fourth grade photo day.

Sharing a photo of the family’s oldest daughter apparently heading off to school, the proud mama couldn’t help but marvel at how much Blayke had grown. In the same caption, Danielle said that while her daughter was growing quickly, she was still her baby “forever.”

The picture showed the fresh fourth-grader in a flower-patterned white top. It matched nicely with a red velvet skirt and her tan ankle boots. The apple of the OutDaughtered parents’ eye had a big smile on her face in the pic as well.

Several of Danielle’s followers oohed and awwed over the younger Busby’s big day. One follower illustrated just how long a reach OutDaughtered has on television.

“Such a lovely little girl as are all of your children. Your [SIC] such a great mum and role model to them all. Can’t wait to watch the next chapter from Australia,” the poster wrote.

“omg she needs to stop growing up,” another wrote, somewhat echoing the emotions Danielle talked about.

“Omg, so grown up & such a beauty!” Yet another fan exclaimed.

While most of the comments were about how lovely Blayke looked, there was at least one follower who found a way to inject some humor into the touching moment.

None other than Dale “Uncle Dale” Mills made an appearance in Danielle’s comment section.

“I wore the same thing today,” he wrote while including the hashtag #twinsies. Several other Instagram users didn’t miss a beat.

One person said they needed to do a “who wore it better” showdown. Others wanted to see proof that Dale wore anything similar, clearly playing along with the joke.

Others said it was that kind of joking around that they “came there for,” while others simply laughed along with the group.

The post featuring Blayke is just the latest social media update focused on the new school year for all of the Busby kids. It was just Monday that the clan took the day off, heading to the zoo instead of studying.

While most of the children seemed plenty happy about the break, there was at least one member of the larger family who wasn’t all smiles.

Earlier in the week, Adam showed off the member of the family who helps him drop the kids off in the morning. The clan’s dog, Beaux Busby got to ride with his head halfway out the window on the commute.

With Blayke being the oldest of a whole gang of kids, OutDaughtered fans are almost certainly going to be treated to milestones like picture day for years to come.

Adam Busby Investigates: Which Quint Made The Mysterious Mess On The Stairs?
Get To Know ‘OutDaughtered’ Fan-Favorite Hazel Busby
What Is Jax Taylor Doing On A Movie Set With Robert De Niro?
‘1000-lb Sisters’: What Are Amy And Michael Doing For Their Anniversary?
‘Little People Big World’: Jackson Catches The Attention Of A New Student