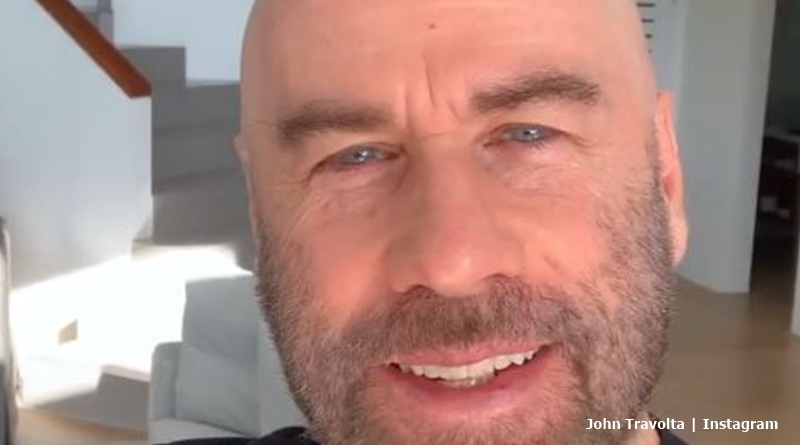 John Travolta, mainly known for this appearance in Grease, lost his wife Kelly Preston in July. She died after battling breast cancer for about two years. And, the notification that she passed away shocked Hollywood. After all, she never made a big public thing about it. Now, on what would have been her 58th birthday, John paid tribute to his late wife.

We reported that when Kelly passed away, many people felt shattered. As if coronavirus wasn’t enough, too many good people left this world. Lisa, the matriarch of Vanderpump Rules star, “took to Twitter and told fans, “Hold your loved ones tighter, in our fragile existence.'” It came soon after the death of Naya Rivera. And, across the world, fans held John in their thoughts. After all, they married back in 1991.

During their life together, John Travolta and Kelly Preston knew heartbreak. The couple went through the tragic and terrible experience of burying their son. Page Six reported that Jett, “died of a seizure at the age of 16.” It came “during a family vacation in the Bahamas” in 2009. When Kelly passed away, she left behind her daughter Ella and their surviving son, nine-year-old Benjamin. So, their thoughts turned to Kelly this week on her birthday.

Lovely message to his wife

Talking to Kelly as if she were right there with him, John shared two photos, One revealed his mom and dad on their wedding day, And, the other one showed their own special day. He wrote, “Happy Birthday hon!,I found this photo of my mom and dad‘s wedding. It was nice to see ours alongside theirs.” Then he signed off with, “All my love, John.”

One person wrote, “Life is short, love is forever.” I love that. ❤️” And, lots of people agreed with that sentiment. And another fan of John Travolta noted, “She’s your angel. Some day you will be together again. We all miss her! Happy Birthday.”

One follower commented, “My thoughts are with you, John and your children as you celebrate and honour Kelly’s life. She was a true beacon of light, strength, gentleness and kindness. Sending light 💜🦋Remember the happy times and her beautiful smile and love 💕 of life and her family. An incredible person, mother, wife and actress.”

Happy Birthday hon! I found this photo of my mom and dad‘s wedding. It was nice to see ours alongside theirs. All my love, John.

Kevin Gage married Kelly but their short-lived relationship ended two years later. For a while, she and George Clooney enjoyed a relationship, but that came to nothing. Moving on, she and Charlie Sheen got engaged, That ended badly, and in 1991 she married John Travolta. The couple previously met when they filmed The Experts in 1987.

Both John and Kelly followed the Scientology religion. The church believes that everyone’s immortal and lived before. And, they live again. So maybe John Travolta finds a lot of comfort in that on Kelly’s birthday.