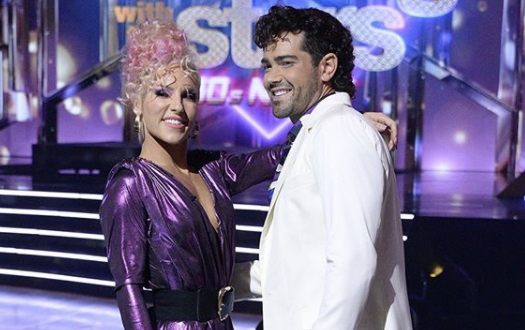 Jesse Metcalfe’s fans adamantly believed he didn’t deserve to go home last night on Dancing With The Stars. And he isn’t the only one who thinks the judges made a mistake.

“Tonight wasn’t one of my best dances,” Jesse told Us Weekly following last night’s episode. “I’m proud of what I accomplished, but at the same time, I don’t necessarily think the right choice was made. I gotta be honest with you.”

Jesse and Sharna didn’t receive the best scores for their Tango to “Everybody Wants to Rule the World” by Tears for Fears. But his fans believe the song choice was to blame for his elimination.

If you listened to the song, you quickly realized it was not the original version of the song. Fans pointed out the version was strange and it would definitely have been difficult to tango to. In the end, judges only gave them a 19.

Ultimately, fans are responsible for who ends up in the bottom two. From there, the judges choose who to save. When Jesse and Sharna found themselves in the bottom, the judges unanimously chose to save the other couple. Vernon Davis and Peta will compete another week.

We were sad to see #TeamAllIn go last night! Everyone show @realjessemetcalfe and @sharnaburgess some love one last time. 💜 #DWTS

Jesse Metcalfe Doesn’t Regret His Time On The Show

But in spite of everything, Jesse says he enjoyed his time on Dancing With The Stars.

“I knew dance was gonna be difficult for me with zero experience, and the state of my body at 41 years of age, I knew there was gonna be some challenges. I’m happy I made it as far as I did, but I think I had a lot more to give as far as potential is concerned,” Jesse told Us Weekly.

His partner, Sharna Burgess, also got a chance to speak with the publication. She adds that she is sad their time is done. She feels that they were improving so much and had so much more to offer this season.

“The journey comes to an end tonight, and I’m OK with that, but I’ll miss this experience definitely. I said to Sharna one day, there’s gotta be, like, a Dancing With the Stars comedown. It’s just such a wild, emotional ride. I mean, it really is, and it’s all-consuming,” Jesse continued. “When you’re on Dancing With the Stars, you’re not doing anything else but Dancing With the Stars. With the rehearsals and the physical recovery and the interviews and the extra video packages that they shoot, it’s a full-time job. But it was an incredible experience. It really was. And it was surprisingly rewarding.”

So what do you think? Did Jesse Metcalfe deserve to go home? Who do you think will leave the competition next week? Be sure to stay tuned to find out.