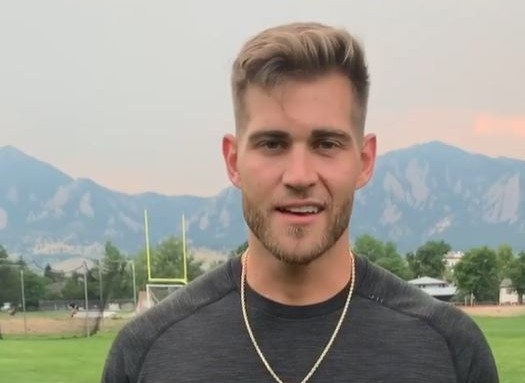 Bachelorette alum Luke Parker is still facing huge fallouts for breaching his contract with the show. He is ordered to pay $100,000 to producers for the huge breach. Luke was competing for Hannah Brown’s heart on Season 15 of the show. He became the known villain and fans turned against him quickly. Now, after the initial order was protested, it was upheld that Luke still has to pay the hefty fine.

Entertainment Tonight shared all about the judgement against Luke. NZK Productions Inc., is the company behind The Bachelorette. The company requested a large amount of money after Luke violated his contract. The judge awarded the amount. Then, the company filed to have the amount confirmed in June.

The report said, “The company’s bid is to enforce the $100,000 judgement against Parker was approved on Sept. 30, by judge David Sotelo. NZK Productions filed the unopposed motion to confirm the arbitration award.”

Luke violated terms of his contract with the hit reality show. The contract became finalized in January 2019. The contract forbid him to do any unauthorized media appearances from then until one year past the broadcast. This would have been July 2020.

He appeared on unauthorized media between September and October 2019. And, not only did he do these appearances, he also was speaking negatively. Luke allegedly was negative about the show and production.

One appearance he made was on Reality Steve’s podcast. This was a big no no. The podcast taped in October 2019.

Competition Iron Sharpens Iron (Proverbs 27:17 You just can’t replicate the comp floor. I love the adrenaline and I love the jitters. This weekend is my last competition experience at “Crash Crucible” @_crash_fitness before the 2021 CrossFit “Open” I’m excited for the growth that lies on the other side heading into this next Season for 2021! Who else is getting ready for another season of good food, some colder weather, lit up fire places, and holidays? 🦃🎄 📸 credit: @flsportsguy 🔥 . . #unbroken #crossfit #makeithappen #functionalfitness #exerciseracers #fall #holidays #day2 #lotofpointsleft #lotoffightleft #season #autumn #wza

What made Luke a villain?

In case anyone forgot why Luke was the villain on the show here’s a refresher. He was the first impression rose winner. And, he even told Hannah he loved her just two weeks into filming. He also had a conversation with Hannah about being intimate before marriage and the morality of it all. Hannah then told him that she was intimate and that Jesus still loves her. This conversation revealed Hannah’s famous windmill fantasy suite time.

Hannah admitted to spending the night with Peter Weber in the windmill. They were intimate multiple times.

Following his time on the show, Luke’s family said he faced a ton of backlash. His brother said,  “He’s gotten death threats. He’s been told that is life is worthless and that he should just kill himself. [Viewers are] telling him he needs psychological help, he has psychological issues. They are doing their best to label him with psychological problems based on a fictitious character created in a reality TV show.”