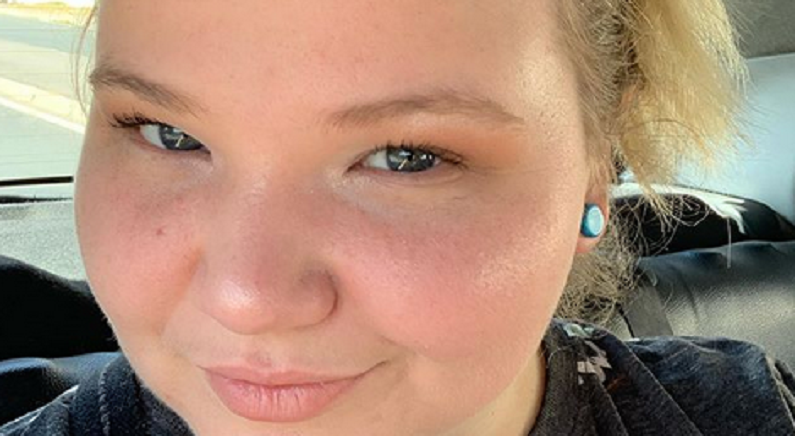 90 Day Fiance fans accused Nicole Nafziger of sharing clickbait on Instagram. The TLC star finally admitted to doing it. This comes after she posted a photo of her fiance Azan Tefou (real name Hassan M’Raouni) with the words “RIP.” Understandably, this led fans to assume that the Moroccan man passed away.

Of course, the post angered fans on her Instagram account. It was as if she was making light of his supposed death. However, this isn’t the first time that Nicole has posted clickbait on social media. But, she admitted to posting clickbait. And, she kind of revealed why she does it so much.

As per Screen Rant, the 90 Day Fiance star loves to post clickbait on her Instagram Stories. This is frustrating for followers who come to her page to get updates on her life. This time, Nicole took to her Stories to a post a photo of herself with Azan with the hashtag #RIP. The post shocked followers.

Some wondered why Azan doesn’t post any photos of Nicole on his respective Instagram account. Since he doesn’t update his social media, some of them assumed he passed away. Luckily, Nicole happened to be hosting a Q&A during that time. Fans could finally find out why the reality star shares so much clickbait.

“What do ya’ll want to know? Ask?” she wrote in her Instagram Stories. One fan wrote, “You should explain what is going on in your life without a link to your bio…to a page with 7 million ads.”

Nicole admitted to posting clickbait. She claims it’s how she makes her living. She responded, “And I get paid per so many clicks. The truth.” Another fan asked, “I wanted to know why all of the clickbait.”

But the fan thinks Nicole should keep “doing her thing” and “get her bread” however she wants. She then added, “I mean we all need bread right? I just get mine from a different place from yours.” She says she does it to take care of her family.

The 90 Day Fiance alum just confirmed that she celebrated five years of being with Azan. She claims they’re “getting stronger, growing.” Of course, more fans wanted to know about Azan’s death. But, she revealed it was actually a link to celebrities who passed away this year.

Then, she asked her followers to click the link in her bio to read the article. “But it’s up to you. Hassan is alive and well,” she added. During the Q&A, Nicole also denied the rumor that she maintains Azan’s Instagram account. “Hassan is the only one who goes to the gym and posts fitness inspiration on his IG @justazan,” she confirmed.

There has been lots of speculation about Nicole and Azan’s relationship. Some wonder if he’s married with a child. Azan hasn’t confirmed or denied the rumors. Meanwhile, 90 Day Fiance fans wonder if the couple will ever return to the series once they move forward with their wedding plans.