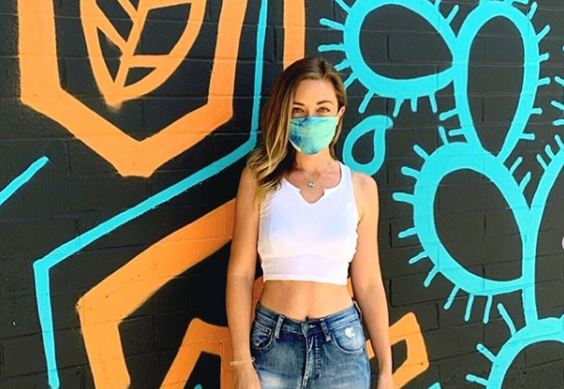 If you are looking for a good Lifetime movie, then Who Is Killing the Cheerleaders is the one for you. This movie comes out on October 18. If you are wanting to know about it and if it is true, then you are in the right spot.

All about Who Is Killing the Cheerleaders

The movie Who Is Killing the Cheerleaders stars Australian actress Ella Cannon and American actor Austin Freeman. You might recognize them. Austin was even on The Walking Dead. She is from the show iZombie, which is a huge hit when it aired.

Here is the official synopsis of the movie.

“Ellie, a former cheerleader, returns to her high school as a teacher ten years after she was nearly killed in a series of brutal slayings on the squad. When the attacks start up again shortly after her arrival, she must find the killer before they get to her first.”

There is not a lot out about this movie, but you do not want to miss it. Lifetime has been airing a lot of cheerleader movies recently with it being that time of year. You can’t even find a good preview to share, but Lifetime is starting to promote this movie. It is less than a week away.

In this movie, Ellie comes back to the school where she almost died ten years ago. It turns out that her return makes the killer start killing again. Of course, you would think it was her, but instead, she is the one who has to help find out who is doing all of the killings. This is going to be your typical Lifetime movie, but of course, it has a few twists thrown in here and there.

Is this based on a true story?

The movie Who Is Killing all the Cheerleaders is coming out on Saturday. Even though it seems like a typical Lifetime movie, this one is not based on a true story. If it was, this was one that would have rocked the headlines! Instead, it is one of those things that you really hope never happens and luckily it hasn’t so far.

Don’t miss Who Is Killing the Cheerleaders on Saturday night on Lifetime. If you miss it, of course, Lifetime will be airing a few repeats so you have a chance to catch this movie. This sounds like the perfect plan for a lazy Saturday night.

Discovery’s MotorTrend Preview of NASCAR’s Extraordinary Season in ‘NASCAR 2020: Under Pressure’
‘My Big Fat Fabulous Life’ Is Whitney Way Thore Leaving Charlotte and No BS Active Behind?
Exclusive Interview: Allie McCulloch Talks ‘The Glorias’
Twitter Names The Worst Chris In Hollywood – Do You Agree?
‘DWTS’: Kaitlyn Seemed Fearful Of The Latest Dance, But She Managed To Do OK