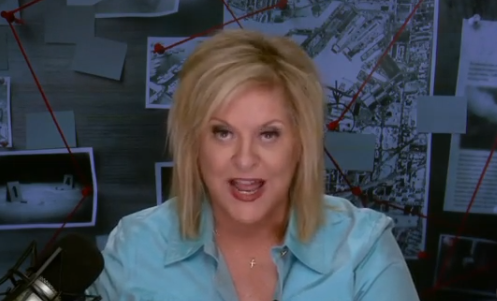 Nancy Grace recently spoke with PEOPLE about Carole Baskin’s missing husband, Don Lewis. Keep in mind that Carole Baskin has never been charged with Don Lewis’s murder or tried in the court of law. Many people believe she had something to do with the disappearance, no evidence has proven it yet.

Nancy Grace Decided To Look Into The Disappearance

When Tiger King first came out, Grace says she took everything with a grain of salt. However, Don Lewis’s disappearance grabbed her attention. After investigating, Grace certainly believes Don Lewis is deceased. And she doesn’t believe it was an accident.

But is Carole guilty, or just a scapegoat? After Tiger King came out in the spring, it became trendy to make fun of Carole Baskin. Does anyone remember the TikTok craze that came out of it? Nancy Grace believes the media really sensationalized the whole situation.

But on the other hand, Grace points out that Carole Baskin and Don Lewis were having marital problems. And Carole was the last one to see him alive. That doesn’t look good.

At this point, we also know Don Lewis’s will was forged. That definitely raises some red flags. Baskin also began to make suspicious financial moves immediately after the disappearance. Nancy Grace says that all of this combined makes her incredibly wary of Carole Baskin. At the end of the interview, she says she doesn’t exactly know if Baskin is guilty, but it’s easy to see why many others do.

You can catch the full interview here:

.@NancyGrace Explains Why 'Tiger King' Made Carole Baskin Look Like a 'Scapegoat' and a 'Suspect' #RealityCheck pic.twitter.com/zmj4E7cr2e

Did The Handyman Do It?

Nancy Grace also had the opportunity to interview Don Lewis’s family’s lawyer, John Phillips. The two discussed an episode of 48 Hour Suspicion that suggests Baskin’s handyman may have been involved.

“I’ve sat down and talked to Trish, formerly Trish Farr, Kitty Farr, his ex-wife, and it’s really important to note that that call, that conversation she had with her husband, Kenny, was before the day before Carole reported him missing, Carole last saw him,” Phillips says.

Phillips goes on to say that Kenny and Carole’s stories directly contradict each other. Someone isn’t telling the truth.

Whether you believe Carole Baskin’s story or not, you have to admit there are a lot of things that don’t add up.

And Nancy Grace is right — the media has definitely taken advantage of the situation. Dancing With The Stars used Carole Baskin to hype up the new season for weeks. Many tuned in this year just to watch her.

So what do you think of the situation? Is Carole Baskin guilty, or is there more to the story? Did the handyman have anything to do with it? Let us know what you think in the comments.

Keep following TV Shows Ace on social media for all the latest news. We’ll be the first to let you know when we know more about Don Lewis’s disappearance.