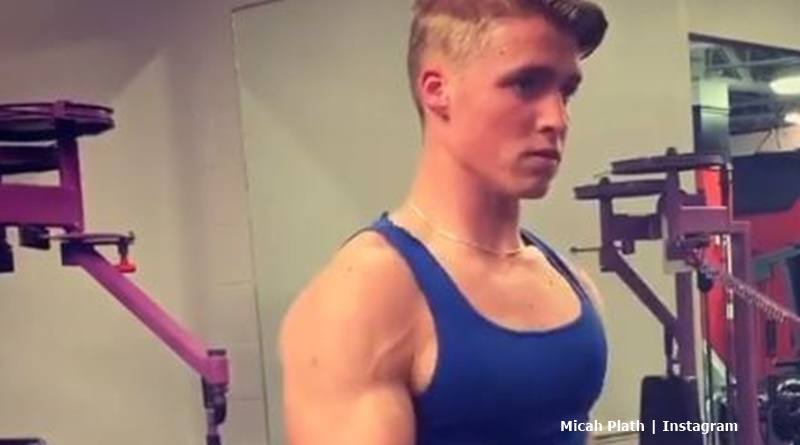 Welcome to Plathville returns to TLC for a second season, and Micah’s fans sound jubilant at the news. And,  he garnered plenty of followers who think he looks amazing. Some of his modeling photos reveal he looks very ripped. So, when he took a fall this weekend, fans begged him to be careful.

Welcome to Plathville fans worry after Micah takes a fall

We reported that in the last season, fans saw that “Micah went off for a modeling audition.” And, these days, “he works out, flaunts a ripped body, and looks like a pro-model.” Many fans grew very excited at the news that Season 2 of the show features more of the good-looking heartthrob. Those fans erupted with excitement when Micah shared a new poster for Season 2.

But over the weekend, Mich shared some video clips of himself that made some fans fear for his heath. And, no doubt for his chiseled features. They saw him fall, and obviously, a model needs a scar-free face if possible. Plus, his adoring fans would hate if he ends up in the ER with a broken leg or worse. So, many Welcome to Plathville fans cautioned him when they saw him fall at Tally Park.

“The hardest thing to do is leaving your comfort zone. But you have to let go of the life you’re familiar with and take the risk to live the life you dream about” one of the most powerful quotes I’ve read in a while!! First shoot with @themichaeldowns #modeling #goodquote #fitnessmodel #goodvibes #model #fitnesslifestyle #modellife #modelling

Sharing two video clips, Michal revealed he went skateboarding. The first clip revealed he managed the eight-foot drop fine. But in the second one he fell off his skateboard hard. After seeing the first successful effort, Evan Adams, a diver, skateboarder, and actor commented, “Awesome!!! Come skate with me next week.” And Micah said he would be there. But, fans became stressed about the second clip.

The Welcome to Plathville star got it wrong and fell almost all the way down. While some skaters thought he knew how to fall properly, other fans grew fearful for him. Several of them begged him to be careful. One commented, “🙏please be careful!!! But congrats!👏👏.” Then, another fan wrote, “Be careful please❤️.” And, another follower noted, “🔥❤️🔥❤️🔥❤️🔥❤️🔥❤️ don’t scratch that money maker.”

Got the eight foot drop down tonight!! It took a few tries lol😇😅

Perhaps Micah takes out insurance in case of injury

While Micah takes on more and more modeling gigs, he looks to enjoy a bright future. But keeping a fit young man in a padded box, won’t work. So, perhaps he pays for insurance in case he damages that handsome face. Actually, plenty of people do that. Trusted Choice noted that “celebrities buy insurance policies for specific body parts.” These might include “supermodels insuring facial features.”

The Welcome to Plathville star might not yet be a “supermodel,” but one day he might get there, judging by fans who react to the photos he shares online.