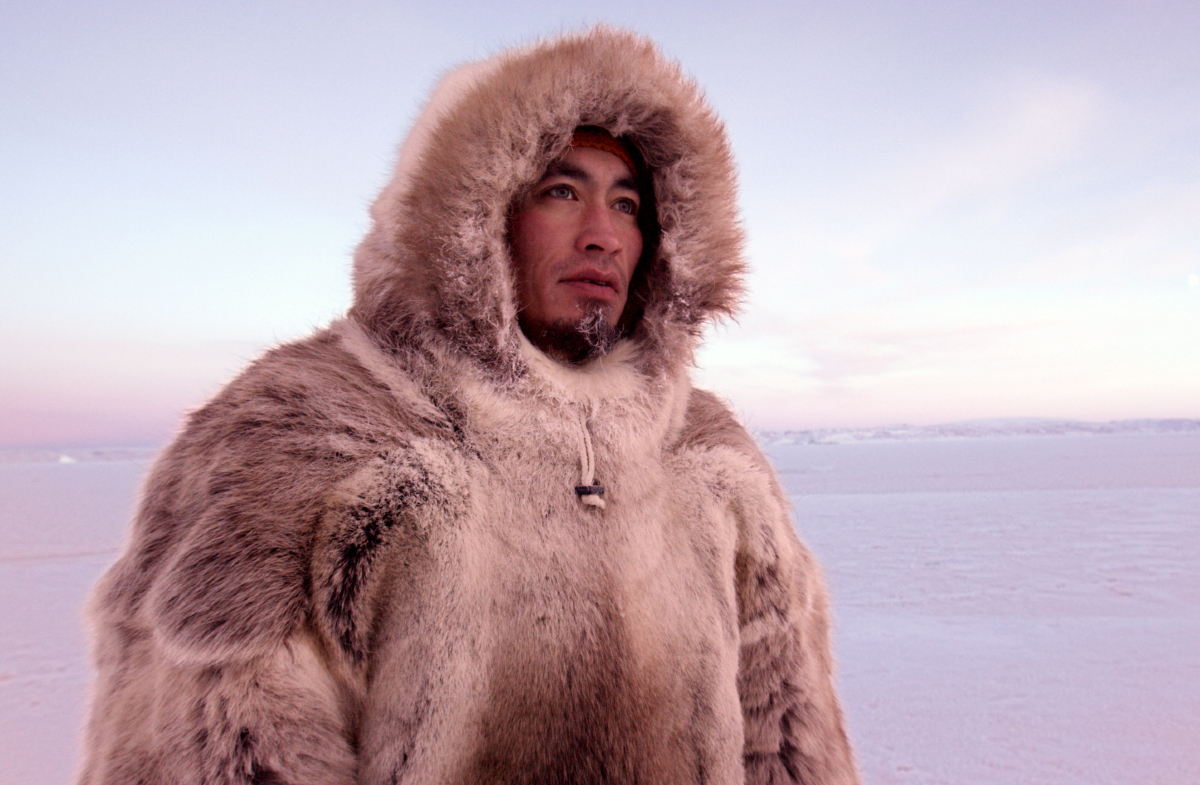 Tonight the premiere of National Geographic’s The Last Ice will air on Nat Geo WILD (October 12). This vexing and profoundly moving documentary is a classic David versus Goliath, with the indigenous Inuit playing the former and big oil money and corporate interests playing the latter role.

And in the course of the storytelling it will make you very angry at the injustices native peoples suffer in this fragile, Earthbound life.

Created by Pristine Seas founder and NG Explorer-in-Residence Enric Sala (author of The Nature of Nature), his intentions initially was to reveal the Arctic ice retraction and how it affects us directly and indirectly, but TV Shows Ace was part of an private online premiere and Q&A and learned the saga of the Inuit people and their world collapsing under the weight of outside influence and global climate change quickly became the “A” story.

Sala and the film’s director Scott Ressler give us compelling insight into the multigenerational surviving Inuit people of Alaska, Greenland and Canada.  How their existence is inextricably tied to the pathways of the ice, the animals and fish in the area and how modern intrusions into their culture, some recalled that were quite brutal decades ago, have decimated the newer generation of Inuit who wish to keep their ways of life alive.

This documentary is a testament to the truth as it stands today, and is a revealing snapshot of the attempted destruction of their natural world and the revelation of a resilient people—past, present and future..

The film is not all grim, there are legislative wins and the interviews of young Inuit people who are fighting to reclaim the older ways. Their voices are not lost despite the crushing amount of financial interest in the raw resources (gold, oil, gas mostly) of their lands.

The Last Ice shows the environmental changes covered in the news as well as the day-to-day existence of these people, the elders who remember how it was an the youth who long to reclaim their birthright and protect the food sources and ways of life.

The cast of Inuit include youth advocate Maatalii Okalik and hunter Aleqatsiaq Peary. Through their own stories and perspective we learn how their lives have been touched by the ultimate colonization and gentrification of their space, the stories are hard, we learn the extent of how they were violated and disrespected by early settlers, especially in Northern Canada. Aleq is a handsome young hunter living in Qaanaaq, Greenland. He previously lived in Denmark. His journey is a sad confluence of a tough medical diagnosis and a desire to make a living.

Maatalii is also a beautiful young Inuit woman who has rediscovered her roots. Now she serves as an Inuit Youth Advocate and fled an abusive relationship to return to her people and embrace her culture and heritage. Her push is to reinforce the language, cultural tradition, practices and environment. Her cultural pride and determination are inspiring. Maatalii speaks with passion and commitment to her community, and shares in her story of surviving horrific domestic abuse to come out the other side.

The moving testimony of John Amagoalik, aka The Father of Nunavut who spent most of his life fighting for native rights and securing a land claim agreement from the Canadians is one to see. His early days are recalled, the abuse as the Western European forces (Danish and Canadian) who hurt him as a child. Now an elder, he is the center hub of the spoke of younger activists who are fighting colonization tooth and nail to preserve their space

Stunning in cinematography and direction by Scott Ressler, this film holds a mirror to the greedy Chinese, Americans, Russians and Canadians who are trying their best to railroad over the peoples of this area mining for their own interests. The European influence in wildlife management, poverty and food insecurity are just some of the problems that affect daily Inuit life. The Inuit hunt but not for trophy or waste, every bit of a kill is used to feed and fuel the group and the dogs that serve as living tools to help them navigate their latitude.

The film brilliantly interplays their stories along with the stark fact that the Earth is in an accelerated climate change that affects all of us, not just the Inuit.
The narrative is a perfect example of just how much we ar intertwined with nature even if we do not see the fauna and sea life our Inuit brothers and sisters see in their daily lives. We need to be better stewards of them and our food sources and habitats to ensure our descendants have a healthy planet to live their lives. The core message is that selfish acts and immediate needs met is not good for anyone in the short or long run.

You will be moved by these stories from the Inuit communities in the Pikialasorsuaq area of Canada and Greenland’s intersection.

Caveat for all parents who wisely use this informative documentary as part of at-home schooling curriculum, there are brief moments showing dogs in distress and worse, and other animals dying.