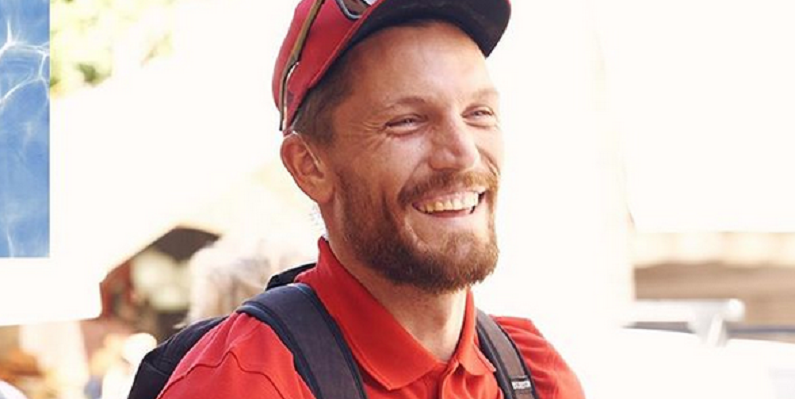 Below Deck Med star Robert Westergaard is a charming and flirtatious deckhand. His behavior would often make Jessica More question their relationship. She got mad at second stew Aesha Scott when she accidentally touched Rob’s backside. But maybe it’s Rob she needs to keep an eye on.

Charter guest Hannah Yu revealed that Rob flirted with her. She didn’t realize that he was dating Jessica More at the time. Hannah also didn’t know that the couple was fighting. He claimed to her that he was single.

Rob sure is smooth when it comes to the ladies. He’s already breaking hearts within the Bravo universe since his time on the Wellington.

Below Deck Med charter guest shares her experience with Rob

“Oh my God no, I had no idea,” Hannah exclaimed. “I didn’t even know they were together until the last night.”

She continued, “I completely thought he was single with all the things he was saying to me. I figured he was this guy that, you know how guys are … they just say stuff. And I was like whatever. But I was shocked.”

Hannah explained the moment when Rob flirted with her when he applied jellyfish ointment to her elbow.

“Before he touched my elbow we had already been talking for a while,” she said, referring to their time on the jet ski together. That’s when Hannah confirmed that Rob was “100%” flirting with her.

But Jessica didn’t notice. At the time, she was more focused on Aesha’s hand drifting to her boyfriend’s backside during a photo with the charter guests. She had a meltdown on the yacht while Rob and Aesha were on land with the guests. She later confronted both Rob and Aesha, both of which denied the allegations.

Hannah Yu’s revelation comes after Madison Stalker revealed that she and Rob dated. She shared her experience with the deckhand in an interview with Bravo Confessionals. Madison revealed that her relationship mirrored Jessica’s experience on Below Deck Med.

“He makes you feel like he sees you in a light that you’ve never seen before,” she said on Bravo Confessionals. “And he has this very good way of just manipulating you without knowing that you’re being manipulated. And it sucks not to have seen the signs early on.”

Dropping soon, we sat down with our friend Madison Stalker, Below Deck Sailing Yacht, for a really emotional conversation that has way more to do with #BelowDeckMed than you might suspect. Madison is open and real with us as we finally are able to divulge some of the Below Deck secrets we’ve been holding onto for months. We’re so proud of Madison and her strength and ability to be so open and push through some pretty tough crap. She’s a true rockstar & force to be reckoned with! 🔥🔥🔥 . . . . . #belowdeck #belowdecksailing #belowdeckmediterranean #bravo #bravotv #secretsrevealed #celebritygossip #breakingnews #captainsandy #maliawhite #bravoconfessionals

A post shared by BravoConfessionals (@bravoconfessionals) on Oct 3, 2020 at 2:05am PDT

Madison was emotionally invested in their relationship. She even introduced him to her family and friends. But then Rob had a change of heart and ghosted Madison just weeks later.