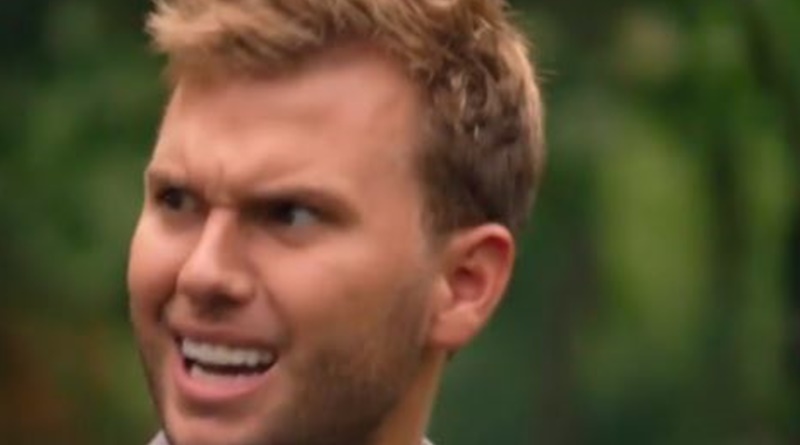 Chrisley Knows Best Part two of Season 8 comes from USA Network in November. Chase already shared some teasers. And now, more arrive. Actually, fans agree that it looks simply hilarious. Nanny Faye, of course, gets up to amusing antics and reactions. But, it really looks like everyone can expect a barrel of fun from the whole family.

We reported that “once again Nanny Faye takes it away for funny moments. And, fans will see her new hairstyle that gets Chase and Todd teasing her.” The first teaser revealed Todd teasing her about her hairstyle, saying it’s “Like a party” at the front and all “business” at the back.”

In the new teaser that dropped on Instagram, fans see Nanny Faye with her hair being done by Savannah. When she asks her granddaughter how it’s gong “back there,” Savannah goes like “Oops!”

The Chrisley Knows Best family encounters a pig. Nanny Faye talks about a truffle business. And, she and Chase get to meet a “truffle pig.” But Chase freaks out a bit, as he thinks Nanny’s about to “get bit.” Next, everyone enjoys a Chrisley movie night – drive-in style. That part brings a scene where Chloe and Grayson get told they can’t slurp their drinks in the car. In another clip, Chase takes Chloe bowling. The annotations say they “forgot Father’s Day.” So Todd “feels like Cinderella.”

More laughs with the Chrisley family

The “biggest drug deal in Tennessee” looks hilarious. Todd tells Chase to go off and investigate. But, he’s horrified at the suggestion that he should go and take some photos. Meanwhile, Todd’s determined that he stays “young” so they all enjoy time as a family. Off they go to play with a boat on the water. But, Todd clearly amuses Chase as he fails facefirst.

The newest teaser came with a cation. It read, “we’re already hollering! 🤣 All-new episodes…in ONE MONTH. Join us Thursday, November 12 at 10/9c only on @USA_Network..” Chrisley Knows Best fans can’t wait for the start of the season. One of them commented, “Love love love this family! Nov 12th is too far away, can’t wait! ❤️❤️❤️❤️.” Then, another fan wrote, “😂I can’t wait you all so funny I love it.” Here’s another happy fan: “Love this family! Always laughs & shenanigans!”

Don't know about y'all, but we're already hollering! 🤣 All-new episodes of #ChrisleyKnowBest return in ONE MONTH. Join us Thursday, November 12 at 10/9c only on @USA_Network.

Will Nic Kerdiles feature in the new season?

Fans heard from People, that Savannah and Nic Kerdiels split. So, perhaps that impacted on the new episodes of the show. In the past, fans often saw him on the show. Perhaps they edit him out of any scenes? Or, they might actually keep him in as sort of goodbye tribute. To find out, remember to tune in and watch Chrisley’s Knows Best this November 12.

Scott Disick’s True Feelings Revealed About Kourtney Kardashian & Travis Barker
‘LPBW’: Jeremy & Audrey Roloff Have Low-Key Wedding Anniversary – Is Their Marriage Okay?
‘RHOBH’: Brandi Glanville & Kim Richards Refuse To Speak To Each Other, What Happened?
‘Love After Lockup’ SHOCKING Spoilers: Are Stan And Lisa Still Together?
J. Lo Assassin Action-Thriller ‘The Mother’ on Netflix: What We Know So Far