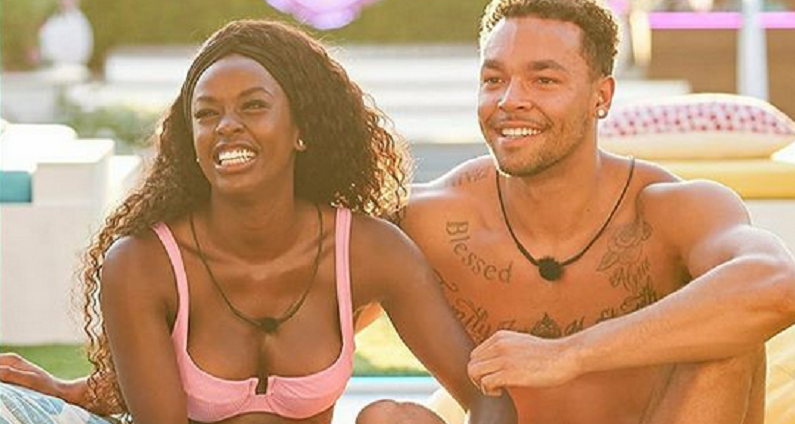 Love Island winners Justine Ndiba and Caleb Corprew are still very much together. The couple has been catching up with fans on their journey. Currently, the duo is navigating their long-distance relationship. Justine is from New Jersey, while Caleb is in Los Angeles. The former go-go dancer expressed an interest in moving to L.A. to be with the IT professional.

Love Island winners are still getting to know each other

Justine and Caleb made a virtual appearance on After the Island with Season 1’s Elizabeth Weber and Alexandra Stewart. During the interview, they admitted that they’re still getting to know each other. The four Love Island contestants joked about they didn’t know everyone’s last names in the villa.

Even Justine and Caleb had to learn each other’s last names. But there was so much to learn, even after leaving the show. The couple had yet to exchange phone numbers and social media accounts. Caleb was surprised when he realized he didn’t know Justine’s Snapchat username.

As for Justine, she’s still learning about Caleb. She talked about how he’s bad at texting. He admitted that he needs to get better at it. But he still calls her every night. Justine has also gotten to know Caleb’s “grumpy days.”

The couple makes an appearance on People TV’s Reality Check

Justine and Caleb were physically together for an interview with People TV. Caleb admitted that Johnny’s fling with Mercades at Casa Amor was blown out of proportion. Even Justine agreed with him. She felt that Johnny’s love and devotion weren’t shown as much as the drama.

During the interview, Justine revealed why she “went for” that hot kiss with Caleb during the carwash challenge. As Love Island fans remember, she chose him instead of her partner, Tre. She joked: “Go big or go home.” It was that kissed that made Caleb realize there could be something there between them.

What’s next for Justine and Caleb?

They became the first Black couple to win Love Island USA. After being crowned king and queen of the villa, they’ve spent some time together in Vegas before going back to their respective homes. Justine and Caleb don’t want to rush into anything at the moment.

They’re still very much together and in love. Both of them post selfies on each other’s Instagram accounts. They also thanked fans for their love and support. Fans continue to root for this couple as they closely watch them.

What are your thoughts? Do you think Justine and Caleb will last forever? Sound off below in the comments section.