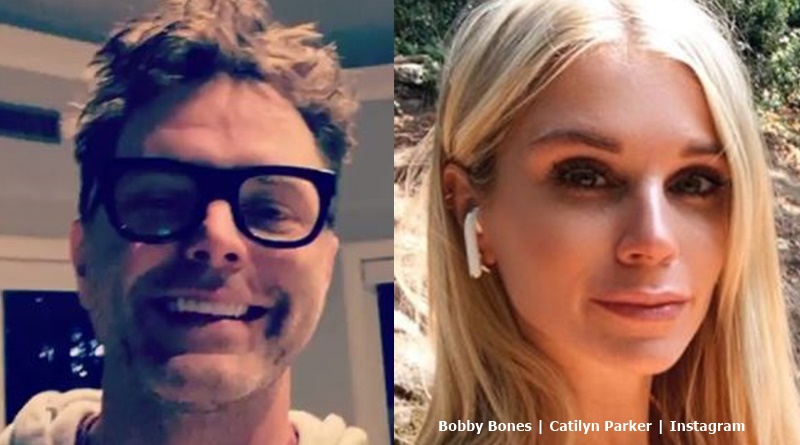 DWTS alum Bobby Bones met Caitlyn Parker through Lauren Alaina on the ABC show. This weekend, he took to his Instagram and shared the news that they became engaged. And, it all seemed very romantic. He proposed in Nashville. And, singer Mat Kearney sang a special song for them.

Bobby Bones won the Dancing with the Stars Mirror Ball Trophy, as fans know. But, he’s also known for mentoring American Idol winners. And, of course, fans know him from his Raging Idiots Band. Of course, he also hosts his Bobby Bones Show. Now, 40 years old, he surprised his girlfriend Caitlyn who he spent time with during quarantine.

The proposal went down in Nashville in the backyard barn. And, as a special extra, singer Mat Kearney played for them. He sang Nothing Left to Lose. Bobby chose the song because when they heard him in concert, the song made Caitlyn realize that Bobby Bones was the one for her. The Instagram post by the DWTS alum came with lots of photos of their special day.

One photo that Bobby shared revealed her covering her mouth with surprise. It came as she walked through the door of the barn. In another photo, Bobby knelt in front of her as he proposed. And, along the wall, some candles glowed. He captioned it with, “I am the luckiest. I waited so long for the right one. And it payed off [sic]” Then he talked about how he “surprised her with a secret proposal in the barn in the backyard.”

Then, when she “said yes,” Mat Kearney sang their special song “outside.” The DWTS alum said that he feels “so happy” as he marries the “love of [his] life.” People noted that celebrities like “Carrie Underwood, Lionel Richie, Dan Smyers and Russell Dickerson” quickly congratulated them. Meanwhile, fans also chimed in with their responses.

I am the luckiest . I waited so long for the right one. And it payed off. Surprised her with a secret proposal in the barn in the backyard . After she said yes, our song “nothing left to lose” by Mat Kearney was playing outside . . And it was @matkearney playing it . She said it was at Mat’s concert during this song that she knew I was the one for her. So lucky he played it again for only us tonight. I’m so happy I get marry to love of my life .

Fans respond to the engagement

Enthusiastic Dancing with the Stars fans couldn’t be happier at the news. One person commented, “I never comment on anything but this is absolutely amazing! Congratulations a million times over Bobby Bones!!” Then another one wrote, “I literally cannot with this!! I am so happy for you both!!”

Meanwhile, Caitlyn also shared the happy news with her followers on Instagram. There, she said that she “feels in shock” and like the “luckiest girl in the world.”

Nearly 50 thousand people loved the post within an hour of posting it up. DWTS fans adore the idea of her becoming “Mrs. Caitlin Estell” in the foreseeable future. If you didn’t know, Estell is Bobby’s real name. Remember to check back with us often for more news about Bobby and Caitlyn.