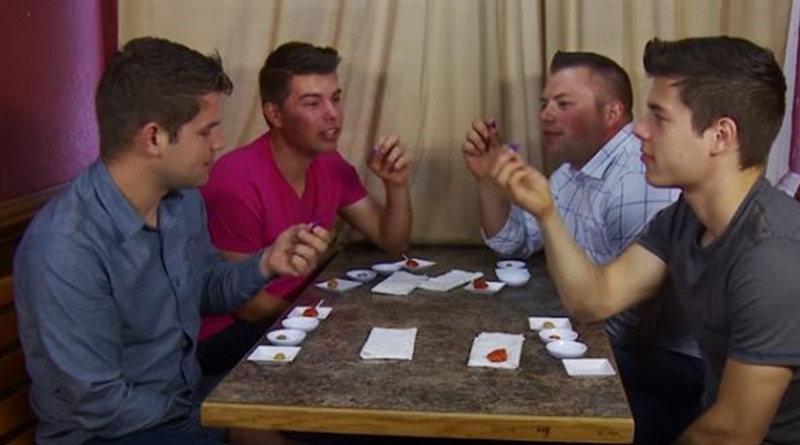 Trace Bates seemingly twins with his brother Lawson when it comes to dangerous and adrenaline-filled activities.  He just shared with fans that he simply loves skydiving. Actually, Lawson usually ends up cautioned about living an extreme lifestyle.

We reported that Lawson Bates ended up at the ER in May after he came off his bike. He hit a tree head-on and received a number of stitches and a concussion. Actually, fans become used to cautioning Lawson for his extreme lifestyle. When he got his pilot’s license, several fans thought he should settle down, play it safe, and find a wife already. After all, he gets up to all sorts of things like stunt riding and helping out in disaster areas in times of emergency.

Now, Trace follows in the footsteps of his brother and he started skydiving. The Bringing Up Bates star shared a few photos on Instagram on October 10. He captioned it with, “One day you will wake up and there won’t be any more time to do the thing you’ve wanted. Do it now 🪂🤙🏼🪂.” Well, some fans envy him. But plenty of others freaked out because they fear heights.

Lots of UPtv fans dropped their thoughts in the comments section of the post. One of them said, “I have always thought that skydiving would be super fun and exciting! Was it scary your first time?” Well, it’s not scary for him. Trace replied, saying, “The first jump was soooo awesome and exciting!! 🤙🏼” Notably, Trace jumped alone rather than in tandem. So, going solo means he already put a bit of experience behind him.

Some fans of Trace Bates asked if he jumped solo before, But, he never replied to that. But when a fan asked if he hopes to jump again, he noted, “Soon as I get the chance I’m doing it again!!! It’s a dream come true 🪂.” However, other fans can’t imagine doing it themselves, One person commented, “I’m not that brave but y’all look like you had a great time!”

One day you will wake up and there won’t be any more time to do the thing you’ve wanted. Do it now 🪂🤙🏼🪂 • • • • • #skydiving #freefalling #makingmemories #makingnewfriends

Fans talk about living life while they can

One follower agreed with Trace about doing things while they can. They wrote, “So true. My 26 y/o son and I said this time last year that we were going to do it together on his 27th birthday.” But sadly, he passed away in a bike accident. The bereaved parent agrees that people go out and live their life. After all, “We’re not promised tomorrow 😢.”

What do you think about Trace Bates going all out with adrenaline adventures just like Lawson? Do you agree that life’s short, and you may never get a chance to live your dreams? Sound off in the comments below.