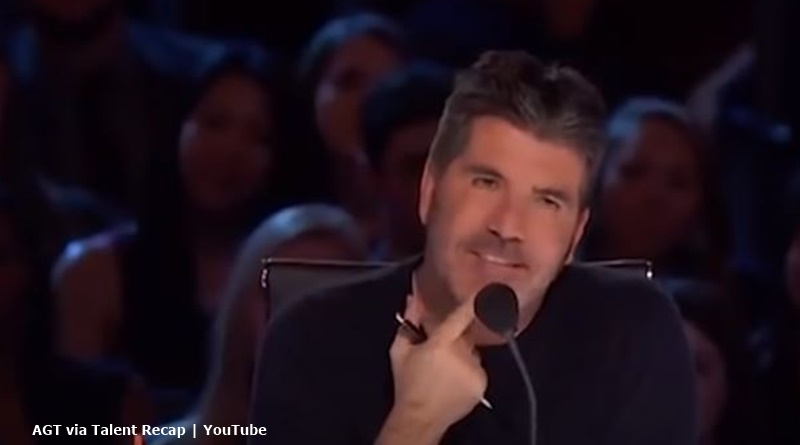 AGT host Simon Cowell was reportedly seen walking at the end of August. You may recall that he broke his back after trying out his new electric bike. But, a recent report suggests he might remain bedridden for as long as six months. So, is the popular America’s Got Talent host walking or not?

We reported on August 25, that Simon Cowell attends physiotherapy and made very good progress. His spine, held together with metal rods seemed on the mend. And, experts apparently felt pleased with how things progressed. In fact, the Daily Mail UK said that he “ventured out for the first time after breaking his back in a painful bike accident.” Furthermore, “Simon was chauffeured to a hospital appointment for a check up following his six hour spinal surgery .”

The America’s Got Talent host went very quiet on his Instagram. So, fans mostly obtain their news about his progress from the media. However, some rather disturbing news arrived on October 9. The Sun reported that he’s on very strong drugs for the pain. Plus, he requires round-the-clock nursing. The outlet noted that he’s so unwell, he couldn’t “record a message” for the finale of the AGT show. While he walks a bit in “the garden,” and swims, he’s mostly confined to his bed, the outlet said.

Is Simon bedridden for another six months?

The outlet also mentioned he probably won’t “return to the UK” until spring. However, According to a conflicting report by ET, he’s not nearly as bad as reported. Their sources suggest that Simon “no longer wears a back brace all the time.” In fact, they seem certain that Simon recovers much quicker than expected. The source noted, “He’s doing over 10000 steps a day as well as swimming to get his back strong and healed again.”

Even his friend and fellow judge on AGT, Howie Mandel commented on his progress. He said, “he is already on his feet, which is above and beyond expectation, so I am thrilled.” These conflicting reports sound rather different. But, Simon often responds to inaccuracies via his official rep. So, he might soon issue a statement that reveals one or the other scenario’s the correct one.

Interest in Simon Cowell’s health remains high in the USA and across the pond. After all, UK fans wait eagerly for the UK version of Got Talent every year. Plus, Simon also features hugely on the X-Factor. And, he made a number of people famous in the entertainment world. And frankly, for many fans, AGT just wouldn’t be the show they love without him.

Grumpy Simon might be less grumpy these days, but people still respect the calls he makes on the talent shows. But, until it all comes from the horse’s mouth, fans and media can only speculate on whispers and rumors as to his real health condition.

Remember to check back with us often for more updates about Simon Cowell of AGT.

Jon Gosselin Hospitalized From Poisonous Spider Bite
‘The Witcher’: New Season December 17th, Rumors Of What’s To Come
Gil & Kelly Bates 2021 Net Worth: How Can They Afford 19 Kids?
Whitney Bates Shares Heartbreaking Update About Her Father’s Health
Todd Chrisley Has No Shame Blasting Someone On A Holiday