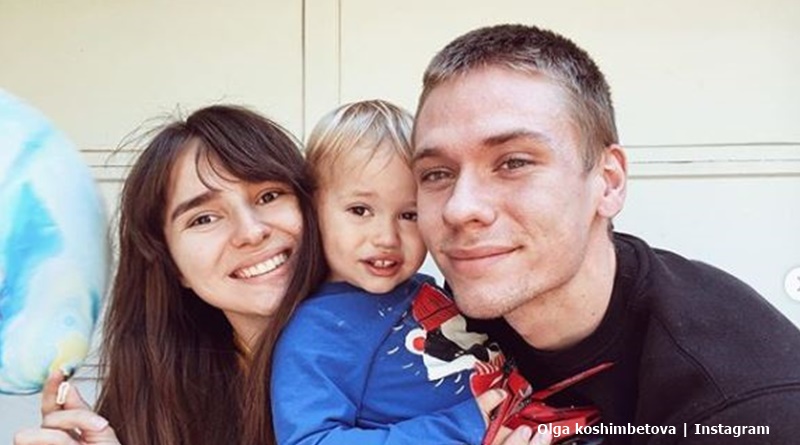 90 Day Fiance introduced Steven Frend and Olga in Season 6 of the show. The youngest couple who featured in the show welcomed their son into their lives. And, eventually, Steven got her over to the USA from Russia. Recently, fans saw them in Self-Quarantined.  And on Instagram, it looked like they enjoyed a good relationship. However, Steven now hinted very strongly that they actually split.

We reported in November last year, that some fans thought it odd because Olga didn’t wear a wedding ring. But, she never made a big deal of it. And, when asked about it, she replied, “Too complicated.” However, fans saw them head off on a road trip and they both looked happy enough. Plus, over on Instagram, nothing looks amiss in any of their photos.

However, since they featured on 90 Day Fiance: Self Quarantined, some fans picked up some issues. So, they asked if the couple remains tight. In August last year, E! Online reported that Olga and Steven “tied the knot in a courthouse ceremony in Maryland.” But now, it looks like they may have split, judging by a post that Steven shared on his Instagram Stories on October 10.

Steven hints at a split

Steven Frend said that fans often ask about their relationship. But he said, “We went int this super blindly.” Then he noted the TLC show leaves out a lot, which maybe causes some “confusion” for fans. And he noted, “We’re better at being co-parents to our boy.” Then he said, “We’re both civil and cause no drama because our son’s  mental health is [top] priority.”

The 90 Day Fiance star also noted a caution. At the bottom of his story, he wrote, “Don’t assume you know the full story from this one little post.” So far, nobody said anything to Olga on her main Instagram page. There, she recently told fans that she hopes “to try modeling.” But, she “needs to get a car.” However, people commented on the Story by Steven that got shared on the 187anonymousgossipp page.

Fans react to possible split between the 90 Day Fiance couple

Fans commented about the split, and many people really hated on Steven. They till recall that he seemed selfish and very immature back in Season 6 of the show.  One critic wrote, “Oh good! He was terrible to her.” Then, neither one wrote, “The way he acted with her 🤮 sent my ptsd through the roof. Good for you girl 💕.” However, other fans seemed a bit more supportive.

So I guess Steven and Olga broke up??? _ _ _ _ Repost from one of my faves @reealityteavee

One person said abut the 90 Day Fiance couple, “I mean, if they can make it work for their son, good for them. They seem to be a lot less dramatic than the other previous couples on the show and I wish them nothing but the best moving forward!”

Do you think Steven hinted at a split or are fans reading too much into his post? Leave a comment with your thoughts down below.

Why Is Paul Staehle Asking For Prayers For Karine?
‘Keeping Up With The Kardashians’ Almost Never Happened
TLC’s First Look At ‘My Feet Are Killing Me’ Leaves Viewers Disturbed
Amy Halterman Dyes Her Hair Bright Teal
‘Sister Wives’: Kody’s Women At Each Other’s Throats In New Season?