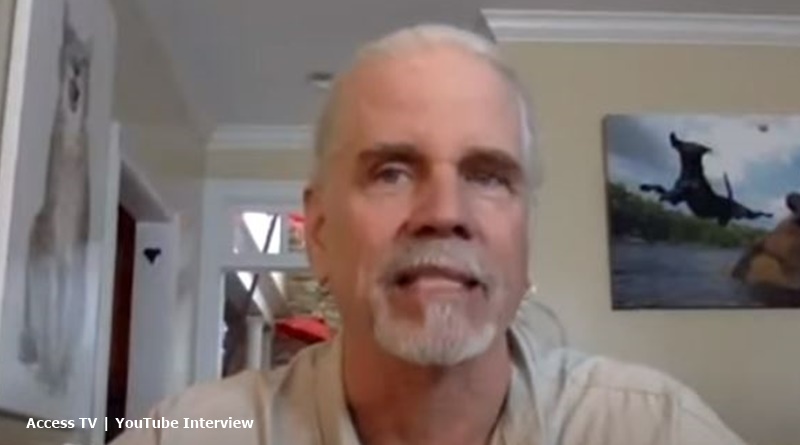 Tiger King on Netflix drew a huge audience earlier this year. It featured Exoctic Joe, Carole Baskin, and Bhagavan ‘Doc’ Antle. While Carole dominated the news with allegations that she killed her former husband, it’s Doc’s turn in the spotlight now. He just got indicted on charges of wildlife trafficking.

While Doc Antle never played a major role in the series, he featured enough for fans to know him. Joe Exotic admired him a lot for his love of big cats. We reported that he owned “The Institute for Greatly Endangered and Rare Species, (T.I.G.E.R.S.) a wildlife preserve in South Myrtle Beach. ” There, his “private zoo offers up-close encounters with exotic animals, which includes the incredibly controversial act of cub-petting.”

So, perhaps Tiger King fans shouldn’t feel too surprised about the animal trafficking allegations. Now, People reported that the owner of “Myrtle Beach Safari” in South Carolina faces multiple charges after an investigation. These include, “One felony count of wildlife trafficking” and “One felony count of conspiracy to wildlife traffic.” Apart from that, as many as “13 additional misdemeanor charges” arose. They related to “animal cruelty and the Endangered Species Act.”

Commissioned by the attorney general, the animal law unit investigated for a month or so. Wilson’s Wild Animal Park in Virginia dealt with Doc. So Wilson And Doc Antle in South Carlina came under the microscope. Allegedly, lion cubs were trafficked between the two states. And, both Wilson and Doc Antle face charges. Plus, Antle’s daughters face allegations of animal cruelty. These include misdemeanors and “violating the Endangered Species Act.”

Ironically, Doc Antle recently said that his Tiger King association gave him a bit of a bad rep. So, he launched a new show. Apparently, Tiger Kingdom: More Than a King raises more awareness about saving big cats. Given the new allegations, that might actually lose support soon. After all, people see a “conservationist” allegedly breaking wildlife trafficking laws. So, he might lose a potentially supportive audience. Plus at one stage, Doc boasted that of all the Netflix people, he alone remains in the clear.

Over on Instagram, many admirers comment on his photos and videos. His most recent post, from two days ago revealed: “Vali the Chimp on his way to his massive jungle Tree Fort to play with his brothers Sugriva and Angada.” So far, nobody talks about the pending incitement for wildlife trafficking. But, as news spreads, those positive comments might end.

Carole Baskin knows very well how Tiger King became a nightmare of allegations from Netflix fans. And, any hint of cruelty to animals sits very badly with most people.

What do you think about Doc Antle facing charges of wildlife trafficking and cruelty? Sound off in the comments below.

How Is the ‘Sister Wives’ Cast Truly Related, Are Maddie & Caleb Cousins?
‘Bold And The Beautiful’ Baby News: Jacqueline MacInnes Wood Gives Birth
‘This Is Us’ Star Chrissy Metz And Cast Are ‘Distraught’ Over Series End
Fans Wowed By ’90 Day Fiance’ Stars Ariela & Biniyam’s New Home
Where Can You Watch ‘When Calls The Heart’ Season 8?