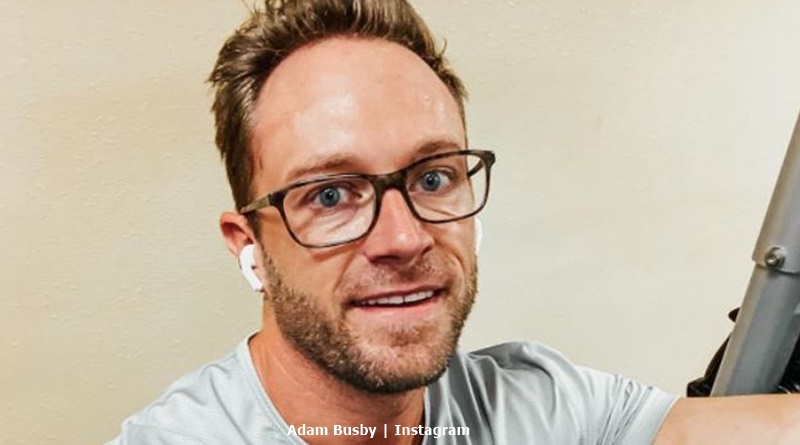 OutDaughtered fans love that Adam Busby really brings it on as a  dad. He often plays around with the quints and Blayke and then shares photos on Instagram. Now, he shared a photo of them playing a board game. And in his comments, fans totally loved his play on words in the caption.

OutDaughtered – Adam Bubsy play on words for Sorry! board game

One TLC fan told Adam Busby, “Lol! I just LOVE it when u guys use Bieber references! 😂💜💕 I love all 8 of u (and Beaux Beaux, our course!) TO DEATH!! I wish I could come over and play and help out with the girls!” Well, that response came after Adam captioned the photo of him and the girls playing Sorry. He wrote, “Is it too late now to play sorry….🎶 🙃😛 #sorry #sorrynotsorry #itsabuzzworld #outdaughtered.”

Other OutDaughtered fans loved the humor in the caption as well. One person commented, “You get the ultimate dad joke points for that caption! 😂👏🏻.” And another fan wrote, “the pun in the caption…my favourite 😂.” Other fans described the caption as “clever, gold,” and “smart.” Yet more of them just love that Adam takes the time and plays with the kids. One fan noted, “Wow! A dad is playing board games with his girls! Way to go Adam! Spending quality time with your girls is awesome!👏.”

🎼Is it too late now to play sorry….🎶 🙃😛 #sorry #sorrynotsorry #itsabuzzworld #outdaughtered

Adam amuses and inspires his fans

Even when the TLC show’s not airing, fans follow Adam Busby daily. Extremely popular, he and Danielle really set parenting and marriage goals for many. And, some of them take inspiration from Adam as he shares other messages as well. We reported that fans loved a photo he put up about fear. He said, “I need to stop and reflect on the things that God…brought me through. He wouldn’t bring you all the way to where you are, just to let you fall now. So why do we let fear rob us of achieving?”

That sort of post, combined with some stunning photography really keeps fans of OutDaughtered coming back for more. It seems the show’s popular mainly for nice family values and less drama than other reality TV series.

In fact, fans wondered if Danielle would feature in the Real Housewives franchise. But, InTouch Weekly reported that’s off the cards. Adam told TLC fans, “We try to steer clear of drama instead of running to it. Haha we know what goes on behind-the-scenes of those shows … no thank you.”

🎼Is it too late now to play sorry….🎶 🙃😛 #sorry #sorrynotsorry #itsabuzzworld #outdaughtered

Adam and too much drama

At one stage, Adam reportedly grew furious with TLC. They kept playing up divisions and disagreements between him and Danielle. And, Adam felt they made him look like “an idiot.” And, he vowed that would stop. It certainly seems that these days the network shows more happy family stuff. And fans like that a lot better than over the top bickering.

OutDaughtered fans love that Adam seems like a caring girl-dad, and a loving husband to his wife Danielle. And, they love the way he brings funny captions, inspiring captions, and stunning photos via his Instagram.

Victoria Larson Cozies Up To Body Shamer And Gets Rid Of Undereye Bags
‘Sweet Home Sextuplets:’ Blu Saves Himself With A Good Book
Amy Halterman Shows Off Her Baby’s Nursery
Chrishell Stause Goes On Instagram Rant After Split From Keo Motsepe
ABC Shocks By Airing Chris Harrison on ‘Celebrity Wheel of Fortune’