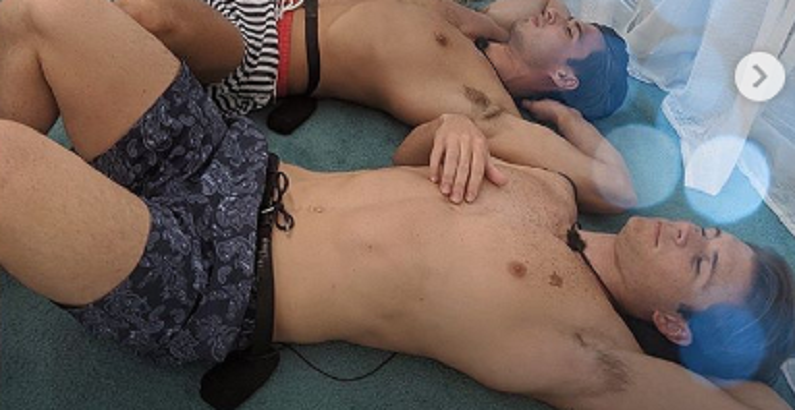 Talk about an unlikely pairing. Love Island fans want to know what the future holds for Carrington and Laurel and Calvin and Moira. But instead, they got an update on Calvin and Carrington instead. The two former Islanders met up for dinner in Utah.

As fans remember, Carrington was one of the boys who had the most dates in the villa. He received backlash for the way he treated Kierstan and Laurel. Calvin was coupled up with Moira for most of the season. Although the two decided to see other people, Moira received most of the backlash for her flip-flopping feelings.

Read on to get an update on the two men.

As per Screencast, Calvin and Carrington met up for dinner earlier this week. Each of the Love Island alumni took to their respective Instagram Stories to document their outing. Calvin was in Salt Lake City, Utah, where he decided to meet up with Carrington. The two messaged each other on Instagram and decided to grab some food together.

On his Instagram Stories, Calvin shared that they went to Benihana for dinner. Since their Love Island partners live in different states, it would be hard for the couple to double-date together. It’ll also be difficult for Calvin and Carrington to maintain their long-distance relationships amid the coronavirus pandemic. As of right now, all four of the final couples are still together.

Love Island contestants did not win

Neither Calvin nor Carrington took home the $100,000 grand prize on Love Island. Carrington and Laurel ended up in fourth place, while Calvin and Moira ended up in third place. But they both ended up with new relationships and friendships that will last for a long time. Fans are enjoying watching the islanders long after their journey.

It’s proof that their relationships with each were real. Carrington and Calvin’s recent meet-up is also proof that the memories they made together in the villa will sustain outside of the villa. The fans are closely watching all four couples for updates. They’re curious to see which ones will last. The islanders still face restrictions due to the COVID-19. This means they won’t get together as the first season islanders did.

Date guy may have taken the date cake, but we had many memorable date moments! 🥂✨ #LoveIslandUSA

What fans know about Calvin and Carrington

On Love Island Season 2, Carrington Rodriguez was one of the original boys in the villa. He was joined by Connor Trott, James McCool, Jeremiah White, Johnny Middlebrooks, and Tre Forte. Carrington coupled up with Kaitlynn Anderson on the first day but didn’t feel any chemistry between them. Once Kierstan Saulter joined the show, Carrington recoupled with her.

Calvin was curious about starting something with Kierstan, but she still had feelings for Carrington. Eventually, Calvin and Moira found their way back to each other. And the duo started to have feelings for one another.