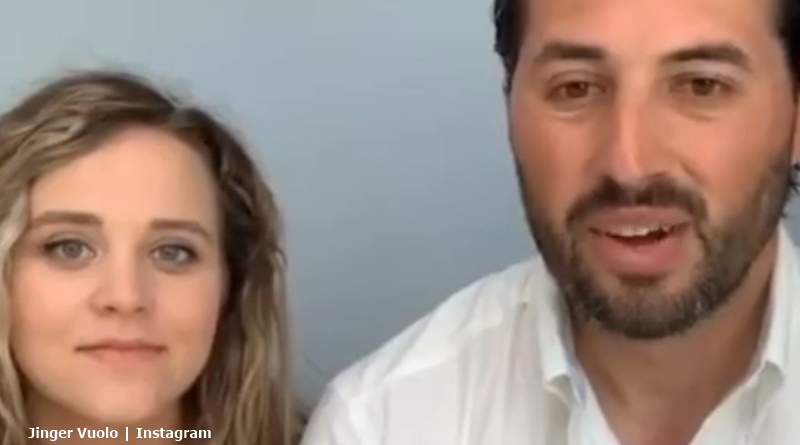 Jinger Vuolo only revealed her pregnancy at about 20 weeks along. It came relatively recently. So now, it shocks fans that she looks so advanced already. However, she hit 34 weeks, and yes, the baby bump looks enormous. Fans still try and get their heads around the imminent birth.

Taking to her Instagram on October 9, Jinger shared a photo of herself holding her bump. Suddenly, fans realized that she’s well into the third trimester. In fact, inside of the next six weeks, they expect a birth announcement. But, it all seemed to happen so very fast. The Counting On star captioned her photo with, “34 weeks 🎀 can’t wait to meet baby girl!” Of course, fans commented on the post.

One fan said, “Oh my goodness. It feels like you just announced you were expecting! Praying for a peaceful and smooth delivery.” And another fan of Jinger Vuolo noted, “I think she was about 20 weeks when she announced which made it seem super fast to everyone else.” But most people complimented the way she looks. Or, they talked about praying for an easy labor.

Before Jinger welcomed her daughter Felicity into the world, she admitted that she feared the pain of childbirth. She gave birth in a hospital, Distractify reported. And, probably just as well, as she suffered a lot of pain. Jinger said, “I thought an epidural would probably be best because I was at the end of anything I could do.” And, she added, “I had no energy or strength to continue on.” Well, giving birth really is no joke, and that’s why fans wish her an easy and short labor this time.

The new baby makes for two daughters. But many TLC fans hope the couple tries for a third child. Some people think a son for Jeremy would be very special.

More kids for Jinger and Jeremy?

Of course, they may stop at two children. After all, Jinger seems less fond of the idea of loads of kids like her mom. Michelle Duggar birthed 19 kids and lost a child along the way. Meanwhile, her older sister Jana seemingly avoids marriage in the first place, so she may never have her own kids like Jinger Vuolo.

What do you think of the photo that reveals an enormous baby bump? Does it feel like such a short pregnancy to you? Sound off in the comments below.