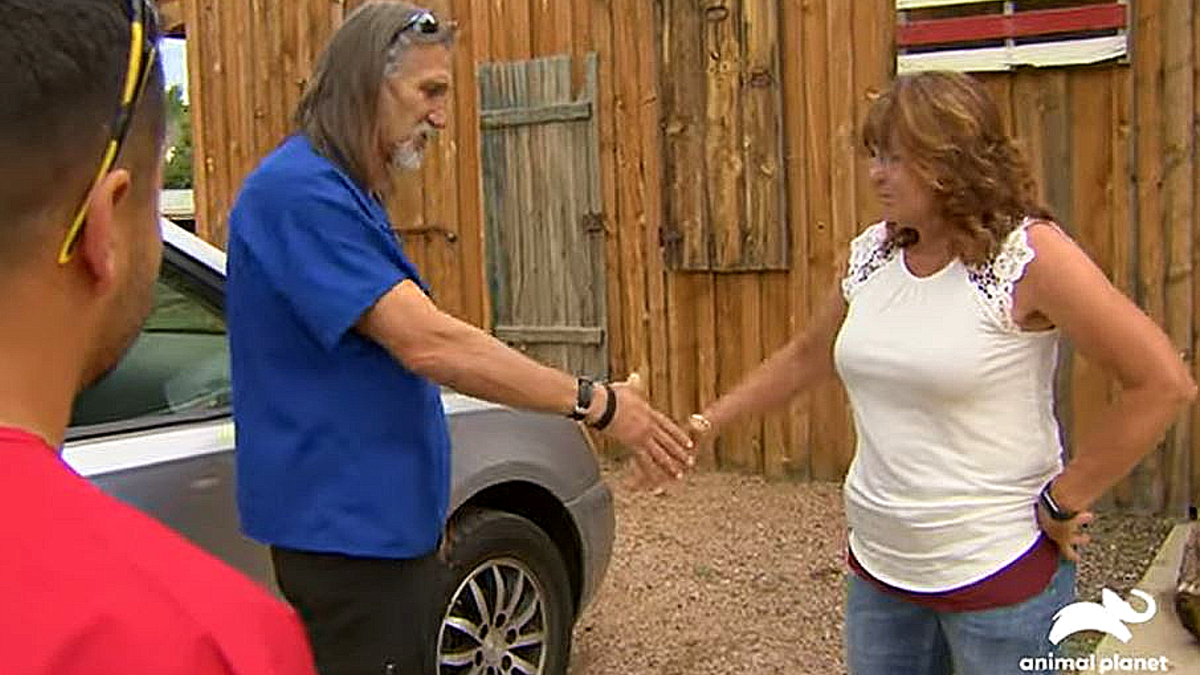 Below we have TV Shows Ace exclusive weekly dose of cute animals. This time it’s fainting goats that Jeff goes to neuter.

These adorable little gobbling goats are used for therapy for a lot of senior citizens and people with disabilities, including children with sensory issues and autism.

In the clip, Dr. Jeff joins in on feeding them.

What happens on Dr. Jeff tonight?

Dr. Jeff is working with the owner of a group of goats, and he learns the proper name for this unusual animal gang.

She asks Dr. Jeff if he knows what a group pf goats are called. He has no idea and learns it’s a “trip.” The two have corralled the goats to the feeding pens and the spread is set, while Jeff and his helper Hector watch the goats demolish a veggie and fruit mix.

The trip are fed and taken care of free of charge thanks to Dr. Jeff’s kindness.

He tells the goat owner what to do, post neutering: “All right, keep an eye on the ones we fixed. You know they should be able to drain just fine. They’re gonna get a half a tablet once a day for three days, start that tomorrow.”

The goat owner is grateful and says:  “Having Dr Jeff and Hector come out meant a lot to me. Veterinary care is so expensive, and by this care being done for free all the money that I can save, we’re going to put it towards the future of our goats.”

Hector says: “Oh it was a lot of fun learning about goats…well let’s do it again…”

Dr. Jeff reinforces his belief in the healing power of animals and finishes out the preview clip and says: “I really do believe in interaction of humans and animals. I think it’s just they bring so much joy to us and there’s all kinds of medical and physiological benefits it doesn’t matter if it happens to be a fainting goat or a dog or a rat you know if the people bond to it that’s what matters.”

Last week we met Moose and his lucky owners.

Other stories this season include Dr. Jeff and the team providing free care to several clients and coming to the aid of pet owners in a remote jungle village in Panama with a free spay and neuter clinic.

Later this season, Dr. Jeff looks back on his 30-year ride as a vet, and the challenging decision to set up a low-cost, high-volume veterinary practice, where no two days are the same, and a sudden emergency can push the team to its limits.

Tune in to see how a trip of goats react to Dr. Jeff: Rocky Mountain Vet: