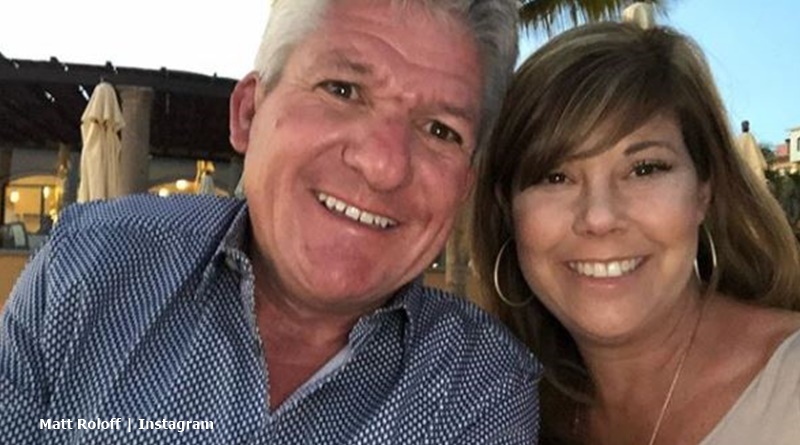 LPBW arrived on TLC back in 2006 when Matt Roloff was 45 years old. Now, he just turned 59, and Caryn Chandler, his girlfriend took him on a special outing to celebrate. He shared about it on his Instagram, and it sounds like the Little People, Big World patriarch thoroughly enjoyed himself.

LPBW – Matt turns 59, Caryn spoils him with a special outing

We reported that some fans think Matt treats Caryn Chandler better than he treated Amy. But many fans think Amy treats her new man, Chris Marek, better than she did Matt. Nevertheless, the two sets of fans will never agree with each other. The main thing now, is that Matt and Caryn seem very happy together. And, they accumulated plenty of fans who adore them as a couple.

When Matt shared that Caryn spoiled him on his birthday, many of them shared their thoughts. And, they wished Matt many congratulations for his special day. Matt lives in Oregon now, and that’s where TLC films the Roloff family for LPBW. But, his birthplace is actually San Francisco, California. Matt shared a very sweet photo of himself with Caryn. She sat on some stairs, and he stood next to her.

Where did Caryn take Matt on his birthday?

Matt said that Caryn took him for a birthday “breakfast.” Then, they took a drive to the beach together. Little People Big World fans made lots of comments about the couple. One said, “Caryn is so sweet! She seems like such a blessing to you and your family. ❤️” And, another one commented, “Matt you got a model! She is a very beautiful girl!” Then, a fan wrote, “Hope it was a great one. Now get busy and ask Caryn to marry you!”

Actually, fans of LPBW often ask him when he plans a wedding with Caryn. After all, Amy and Chris became engaged. But, he seems in no hurry. However, Distractify said that on Instagram he never ruled it out. And, perhaps they might marry after Chris Marek and Amy tie the knot. Amy plans her wedding for 2021. But, whether it takes place or not apparently depends on the coronavirus.

Caryn & friends took me out for a special birthday breakfast and then on for a drive to the beach. @carynchandler1 #shespoilsme #camp18

No matter what Matt posts, those fans who adore Amy step in and troll on him. Instead of wishing him a good day, they said some hateful things. One troll obviously can’t read very well and misspelled Caryn’s name. They wrote, “Karen just wants your money. WAKE UP!!! You are thinking with your head between your legs!!! Amy is a beautiful ex wife she was way better for you. KAREN money Hungry 👎. ”

But, as another LPBW fan noted, “100% turn off the comments if possible, people just stop. he’s sharing his perception and joy why take it away. 😉 plus we only see a snippet of what is happening, editing twist it to make a person or situation to look a certain way, we all know this so again just stop 🛑.”

Do you agree that fans only see a small portion of the lives of Matt and Amy and Caryn? Sound off in the comments below.