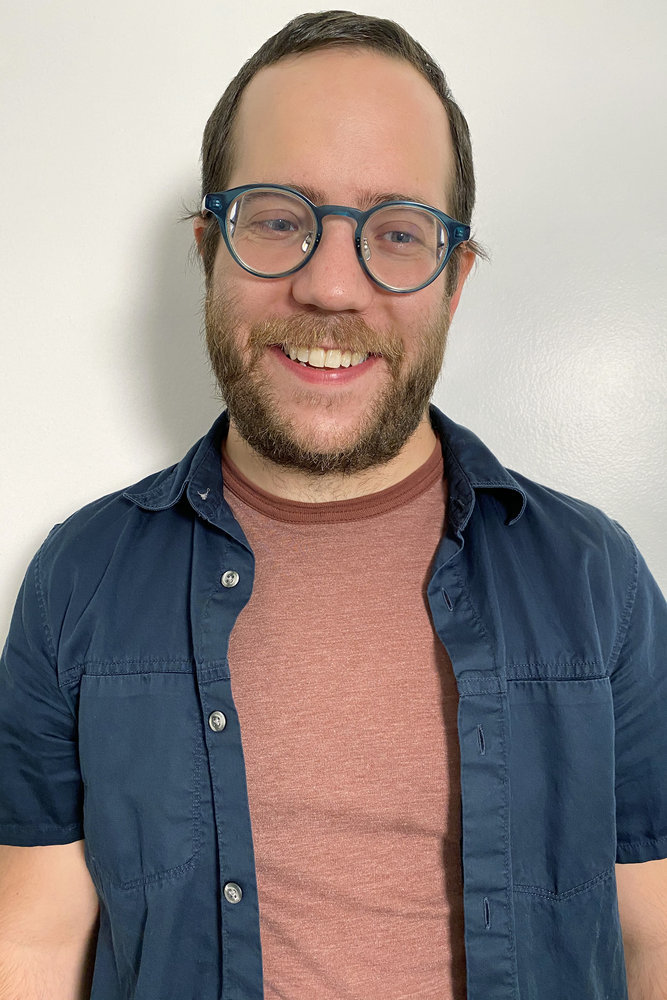 TV Shows Ace got the chance to connect with Ely Henry of the new NBC show Connecting in an exclusive interview. Check out what he had to say below.

Was Connecting really filmed at your home on an iPhone? How has that experience been?

And yes! All shot from our homes. I’ve got the cast and crew on a Zoom call on my computer and the only person I ever see in person is one of our wonderful PAs who comes to pick up that days shooting phone when we wrap and drop off the next batch.

The experience has been a whirlwind and so so so much fun.”

Tell us more about your character, Rufus. How does he handle quarantine?

“Rufus is paranoid and conspiracy-minded. Certainly smart but maybe a little too skeptical for his own good. When the pandemic hits he takes it more seriously than anyone in the group and maybe more seriously than anyone on earth. I’d be lying if I said I didn’t relate to his paranoia even if he goes a little further than me with regards to his mask-wearing regimen.”

How did you land the part of Rufus in ‘Connecting…’?

“By the time I had the audition in my email from my agents I had basically given up on the concept of working for a long time so when I saw the script and how they planned on shooting it I was excited. Most auditions they have you do a tape in a very simple way – in front of a blank wall with someone off-camera reading the other lines. This one was cool because they wanted us to make it our own and show them our creativity. I’m lucky that my apartment has a detached garage that’s been converted into an office and it has this absolutely insane wood paneling all over it which makes it perfect for this kind of conspiracy bunker Rufus lives in. I took all the masks, hand sanitizer, and cold medicine we had and put it all over my office for the audition.

Part of me thinks they hired me for the office alone… either way, glad to be here!”

Have you learned a lot of new skills producing the series in this remote fashion?

“Absolutely! I went to film school years ago so luckily I had the background in some of this stuff but it certainly felt like I’d taken a French class in high school and then was dropped in the middle of France 10 years later. I was surprised to see what came back to me and embarrassed to see what I’d forgotten since school.”

Would the look of the show change if there was to be a second season?

“Considering the show is shot like this because of Covid I would certainly hope we’d be safe to change by season two! If we’re still in our houses by then…oh boy. But what I think is so great about the show is that the characters are so funny and likable that it would be an extremely natural transition to the real world and I think people would love to see how they get on in whatever a post-Covid world looks like.”

Are you working on any other projects right now?

“Nothing that I can talk about at the moment but I’ve always got a few things in the works! Current priorities though include washing my hands, keeping my distance from people, and wearing as many masks as I can possibly fit on my face when I go to the grocery store.”

Can Connecting be seen on television or just on apps?

“The show Connecting airs Thursdays at 8/7c on NBC and streams the next day on Peacock!”

Make sure you don’t miss this new show!

Instagram Begs Honey Boo Boo To Act Her Age: ‘Trying Too Hard’
Is This Photo A Sign That There Are Issues Between Josh & Anna Duggar?
‘WCTH’ Alum Lori Loughlin Spotted For First Time Since Prison Release [Photos]
Drama! ‘The Young And The Restless’ Spoilers For March 4 & 5
‘Marrying Millions’: Bill and Bri Talk Babies, He Is Sure He is Fertile