Actress Elizabeth Chambers admits her son’s recent injury was a real humbling learning experience for her.

According to The Daily Mail, Elizabeth Chambers recently surprised everyone when she separated from her husband Armie Hammer. She is currently spending time in the Cayman Islands. Quarantining with her two small children.

Unfortunately, what should have been a relaxing vacation-style stay for her and her children took a rough turn. Her three-year-old son Ford had an unexpected fall from his bed. And, he cut his face.

The actress documented the emergency room experience with her social media followers. And, it sounds like it was a pretty emotional experience for her and her son.

The actress snapped a sweet selfie with her son cuddled up on her. He had a large bandage on his face. She wore a face mask. They both looked a little rough for wear in the snap.

“Tonight, in the most random turn of events, Ford rolled out of bed while he was sleeping and clipped his cheek on the bedside table,” she said as she explains what happened. 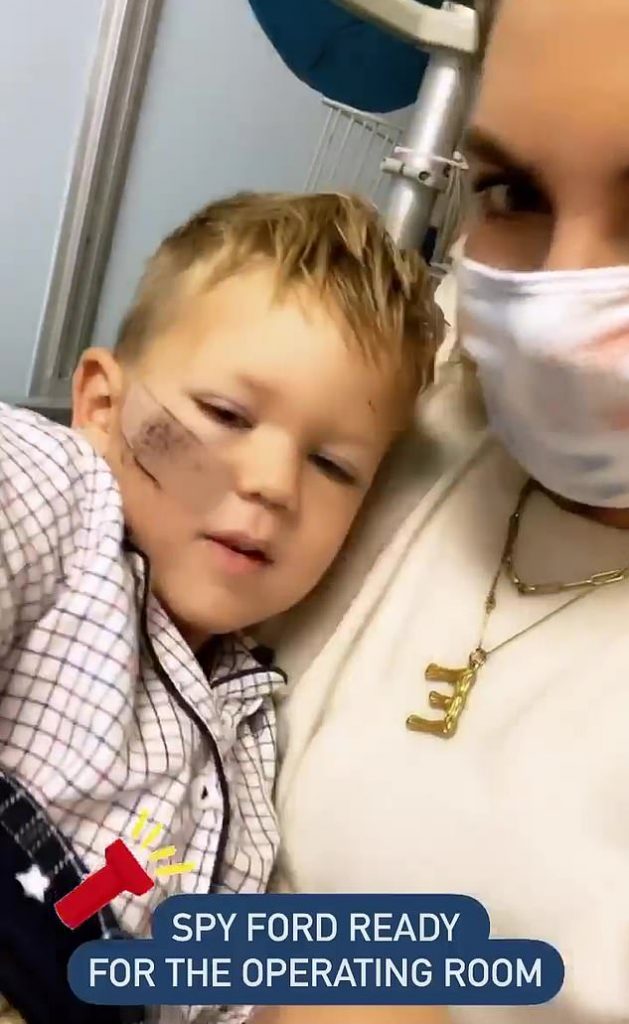 Elizabeth and both her children spent hours crying over the incident. She revealed her five-year-old daughter Harper (who she affectionately calls Hops) also became sick. Turns out, blood made the little one a little sick to her stomach.

The experience gave her a lot of love for single parents.

Now, The Daily Mail speculates Elizabeth Chambers took a dig at her soon-to-be ex-husband by mentioning how much love the situation gave her for single parents. Because she is certainly not a single parent. Her children have a father. But, it sounds as if she appears to be doing it alone with no support from Armie. Or, at least, that is what some read into what she had to say about the accident.

Elizabeth later updated that her son was out of the operating room. He was “all stitched up with ten perfect sutures.” She concluded her Instagram Stories update by thanking the hospital staff for their amazing work on her son. 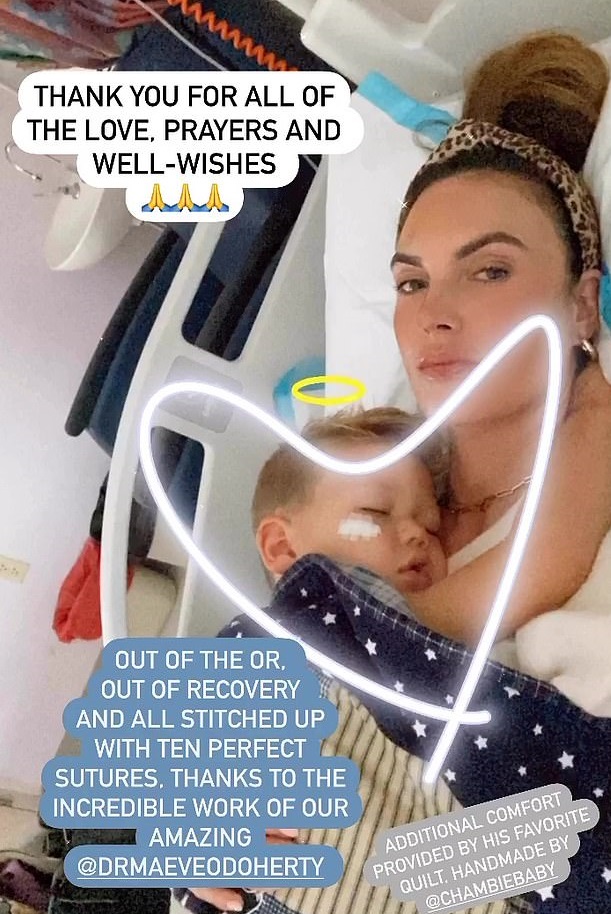 Elizabeth Chambers also thanked her amazing Instagram followers for all the well wishes she received on behalf of her son. The actress also shared a text message conversation with Dr. O’Doherty. The doctor admitted to being surprised by how deep the cut on Ford’s face was.

‘Counting On’ Ivy Seewald Is ‘A Doll’ In New Dress: See Photo
‘Shameless’ Season 11, Episode 7 Isn’t On Tonight & Here’s Why
Bri Springs Quit Her Job For Matt James – Was It Worth It?
‘When Calls The Heart’ Nathan May Finally Be Ready For Commitment
Tori Roloff Blows Fans Away With Magical Photo