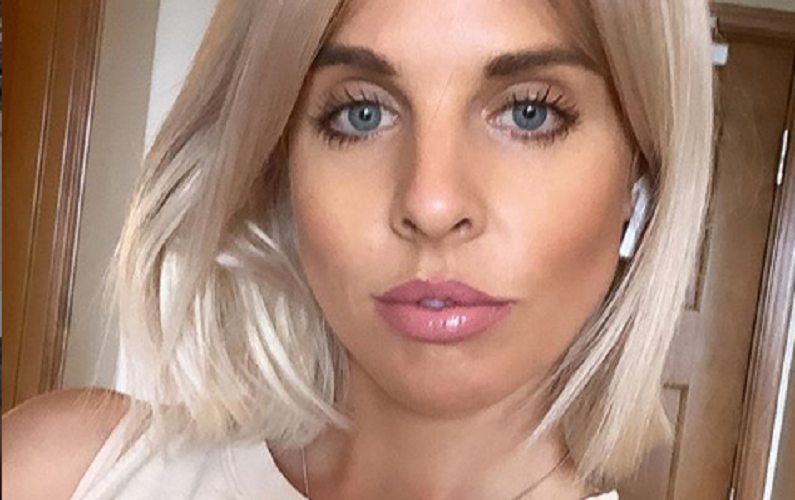 Below Deck Med star Christine “Bugsy” Drake eventually became her own person. Viewers got used to her chief stew skills on Season 5. She’s become known for her love of tablescapes and oversized hair clips. Fans love how she motivates her stews and cares about everything she does.

However, that wasn’t always the case. On Season 2 of Below Deck Mediterranean, Bugsy found herself at odds with former chief stew Hannah Ferrier. The two couldn’t see eye-to-eye on their work ethic. By Season 5, Hannah and Bugsy agreed to have an amicable work relationship.

She also got flak for her friendship with bosun Malia White, who was responsible for Hannah’s firing.

On Wednesday, October 7, Bugsy shared a selfie on Instagram. In the photo, she wore a floppy hat and a dark tank top. She also had a pensive look on her face. That might have to do something with the serious tone of her Instagram post. The Below Deck Med star revealed how “beyond grateful” for everyone in her life, including her followers.

“I am Beyond Grateful to everyone in my life who has stood by me, pushed me to follow my dreams and supported me along the way!” Bugsy wrote. “I am in constant awe of the unwavering love, kindness and support I have received from ALL OF YOU on the daily throughout my journey…”

Of course, that wasn’t always the case. Some fans assumed that Bugsy would end up as the real villain of Below Deck Mediterranean. Others thought it was Peter Hunziker after his firing. But the real villain was Captain Sandy Yawn, according to the viewers.

“Thank you a million times over!” she continued. “I hope to continue to share, motivate and above all inspire you to go after and achieve your Wildest dreams and passions.”

I am Beyond Grateful to everyone in my life who has stood by me, pushed me to follow my dreams and supported me along the way!🥰 I am in constant awe of the unwavering love, kindness and support I have received from ALL OF YOU on the daily throughout my journey… Thank you a million times over! I hope to continue to share, motivate and above all inspire you to go after and achieve your Wildest dreams and passions❤️ Bugsy x

Bugsy has had a change of heart since watching herself on the show. She previously revealed that she has taken the criticism. She wants to use her platform to spread love, not hate. The yachty also made it clear that she’s an advocate for mental health, especially after this difficult season.

I’ve done a lot of thinking and self reflection after last nights episode. All this ugly banter and these nasty words towards one another needs to STOP 🛑 Yes I admit I am also at fault for snapping back at comments but we need to stop tearing each other down over social media! Let’s spread more love and good vibes ❤️Let’s Collectively come together and change the world for the better!! ✨Obviously We are not all going to agree on everything. Mental health is HUGE but we can only improve on it when we join forces to combat the situation. We NEED more LOVE and POSITIVE vibes in this world! ✨💕 especially now during these uncertain times! Sending out good vibrations! I thank you for all your support, I see all of you, I hear you, I read your messages and kind words and am forever grateful! ✨✨✨✨ #belowdeckmed

Below Deck Med star has a new venture

Earlier that day, Bugsy took to her Instagram Stories. She went to the craft store. The Below Deck Med cast member teased that she has new content that she can’t wait to share with her followers. According to Bravo, she wants to put her tablescape skills to good use.

In a previous Instagram post, Bugsy shared a photo of one of her setups. It featured silver branches, white rose petals, and winter berries. One Below Deck Med fan wrote: “You should write a Table Decor book.” Bugsy responded; “Watch this space.” Fans will have to keep their eyes out for her new venture.