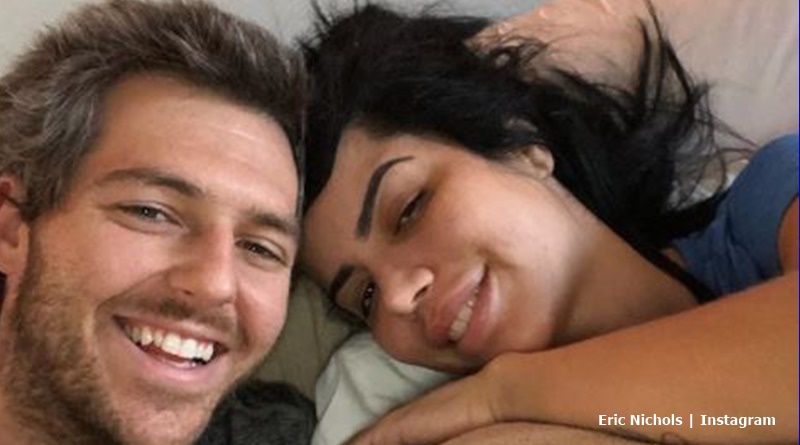 90 Day Fiance stars, Eric and Larissa got booted out by TLC. But, they seem even more popular with fans. In fact, they looked free and happy. And, they get up to all sorts of silly things. On Wednesday, October 8, they shared a really silly video of them dancing. And, some fans say they can’t unsee it.

We reported that Eric and Larissa messed about with bubble bath. And, in the photo that Eric shared, it looked like they totally overdid them. The bubbles spilled right over the gigantic bath and onto the floor. It came on the same day that Larissa shared a short video and squealed with delight at a deer in the yard. But, she called it a “biggie rabbit!” Fans noticed that these days, Larissa really laughs a lot.

The 90 Day Fiance couple maybe found the freedom to just be themselves now they left TLC. And, it looks like the couple enjoys a lot of fun times together. Many people still hate them. But, as more people flock to their OnlyFans account, that must give Larissa something to smile about. Now, they danced together, and really, it looks just silly. But, smiles count for a lot. And, lots of fans enjoyed it.

The dance that fans can’t unsee

Larissa shared the video of them dancing. Then, she captioned it with, “Who dances better? 🇧🇷 or 🇺🇸.” Well, when it comes to bad dancing, it looks like Eric pipped Larissa. But, neither of them should expect an invite to Dancing with the Stars any time soon. Eric, of course, went shirtless. And, Larissa made arm-pumping actions as if she played at The Little Engine That Could. Eric mainly sort of bobbed around, grinning.

The 90 Day Fiance couple posted nothing controversial and nothing really that trolls and haters could get their nasty teeth into. However, that doesn’t mean they didn’t try. Nevertheless, a lot of people enjoyed the silly routine as clearly, they laugh at themselves.  One fan teased, “I dont think Justin Timberlake will be losing any sleep tonight 😂.”

And, another one noted, “love you guys. 😭😭😭😭 Larissa you’ve come so far. 🙏🏼❤️ wishing nothing but [abundance] in wealth and in health for you guys ❤️.”

Eric and Larissa chose a lifestyle that seems suited to them

The clouds lifted from Larissa when TLC fired her after she went on CamSoda. And, they moved to Colorado Springs. Larissa laughingly told her fans they chose “money over fame.” Certainly, it looks like the burden of fame wasn’t worth all the drama that comes with it.

Jinger Vuolo Shares Rare Photos Of Felicity, Celebrates Third Birthday
Lauren Burnham Only Wants ‘Good Vibes’ In Dream Nursery
Who Will Be The Next ‘Bachelor’? One Contestant Reportedly Getting ‘The Bachelor’ Edit
2 Other ‘RHOBH’ Stars Are Dealing With Their Own Legal Drama
Ben & Jessa Seewald Share First Photos Of Baby Number Four