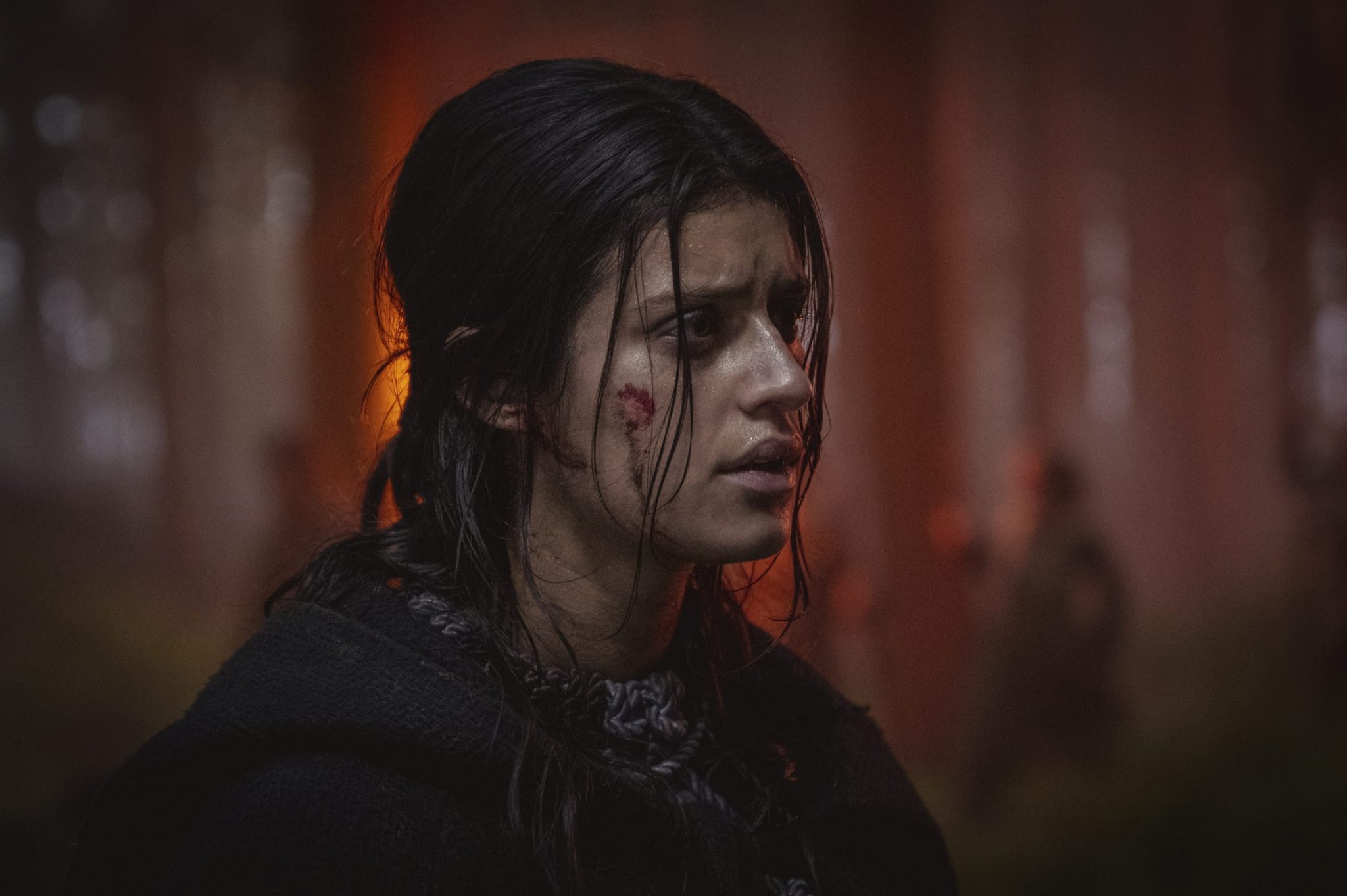 Netflix brings new images for The Witcher Season 2 with a look at Yennefer. Oh yes, the witch is back.

Many fans worried about the character’s fate at the end of the first season. After using immense power to stop the battle going on around her, she just disappeared. Geralt believes she’s dead, and fans immediately questioned whether she would return for the second season. There is some excellent news thanks to the images from Netflix.

Yennefer Is in Chains in The Witcher Season 2 Images

Two images give fans a look at the character’s story on the second season. The first is Yennefer’s new look. Her hair looks cropped and she has a bloody mark on her cheek. Apart from that, she doesn’t look harmed but she does look dirty and powerless.

It’s a stark contrast from the character we got to know in the first season. Originally deformed and an outcast, Yennefer used magic to look beautiful but it came at a price. She gave up the ability to have children. While she didn’t mind at first, she later regretted the decision.

Will she will regret the decision? Judging by the second image, probably not. At some point on The Witcher Season 2, Yennefer will be held captive. Is this where she disappeared from? Is she picked up by the enemy after using up a lot of her power?

She used her full might,
and the battlefield burned.
Then she vanished from sight,
But Yen will return. pic.twitter.com/1sdWujA6KS

A Storyline Not from the Books?

Instead, The Witcher Season 2 will follow Sword of Destiny. This book was adapted somewhat as it gives Ciri’s story, important for the first season.

In the novels, Yennefer is missing for some time. However, the show is possibly filling in the blanks in a way it did with her backstory.

The big question for many fans now is how Yennefer will be freed during the season. Geralt believes her dead, so he will spend time training Ciri during The Witcher Season 2. Yennefer is on her own, and this plotline makes the second season extremely interesting. Nobody knows how it could play out.

These are just the latest images from the season. Netflix released images for Geralt and Ciri over the last couple of days. Now all fans are waiting for is a release date. These are likely the last of the images based on the lack of “what will destiny bring tomorrow?” comments on the official Twitter feed.

What do you think of The Witcher Season 2 images? What are your Yennefer theories? Share in the comments below.

The Witcher Season 1 is available to stream on Netflix.