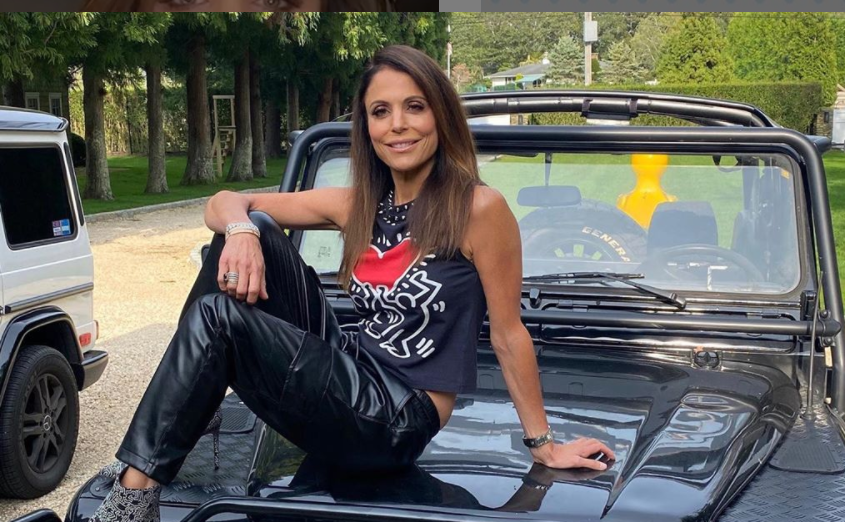 Paris Hilton recently went on former RHONY star Bethenny Frankel’s podcast and they had a lot to talk about. Frankel worked as a nanny before she was a housewife and it just so happened she nannied Paris. Through her friend Kyle Richards of RHOBH who is Paris and Nicky’s aunt she got the job.

The two talked about that time and Paris Hilton’s new documentary. In it, the heiress revealed abuse from a reformatory school that went way beyond discipline. Her speaking out has led to other stars coming forward. Kat Von D said she was locked in a room at the same school and Drew Barrymore revealed she was kept in solitary confinement when she was deemed ‘out of control.’

What Did Bethenny Frankel Remember About Nannying Paris?

Bethenny Frankel talked about working at the Hilton’s household with Paris. She recalled “coming, in my Ford Probe, to get you and Nicky from Lycée, this sort of fancy French school. And I remember, we’d go with Kyle to the Mobile Mart or the gas station after. And I would take you guys ice skating. Do you remember that? Because you were young.”

Paris laughed and said she did remember it. Bethenny said she took them to the pet store to get ferrets. Nicky wanted to go to Rampage. She asked if Paris remembered Rampage. Paris said, “yes. Rampage is like, the Forever 21 of today.”

Frankel said that is what they would do after school. Paris said, “that’s so funny, just to remember all of that. It’s so cute that we’ve known each other for so long. And look how far you’ve come, boss babe. A nanny to Paris Hilton, and now killing it!” Promoting the podcast with Paris Bethenny said, “this podcast will teach you that anything is possible and that you can succeed in your own way.”

At the beginning Dorinda Medley talked about her exit from Real Housewives of New York for the first time.

Now, let’s make it #1 – please click the link in my bio to subscribe, listen, and write your review on @ApplePodcasts! Send me your screenshots by posting to your stories and tagging @JustBwithBethenny – I’ll read my favorites tonight LIVE on Instagram during #cocktaildujour!

What’s The Podcast All About?

Frankel’s podcast Just B with Bethenny is all about interviewing moguls and icons of the industry to get their back story. So far the CEO of Netflix Bozoma Saint John and Mark Cuban have been on. Bethenny posted a screenshot of Hillary Clinton. Kara Swisher sent it to the former first lady showing Bethenny Frankel was number one and Hillary’s podcast was number two. Swisher number three on the list captioned it, “welcome to the podhouse. Also: It’s obvi on.” Hillary said, “couldn’t ask for better company. Also, confirming that it is very on.”

Bethenny Frankel told People, “it’s about how the sausage gets made. No fluff, no side dishes, no foreplay, no hand jobs. I’m realizing we all have one thing in common. It’s old-school hard work.” Her podcast comes out every Tuesday.