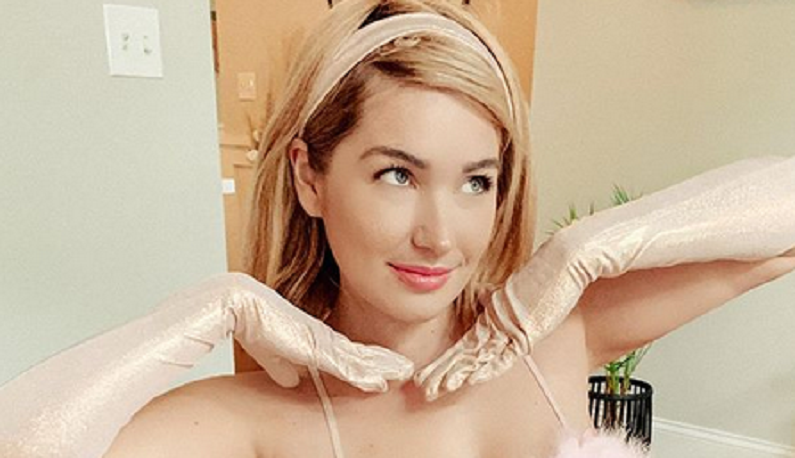 Stephanie Matto was a YouTube star before she appeared on 90 Day Fiance: Before the 90 Days. But most of her income comes from adult entertainment. On the show, Stephanie revealed that her family didn’t know about her bisexuality. Her relationship with Erika from Australia felt new to her.

Unfortunately, the couple wasn’t right from the start. The first same-sex couple went downhill after the second episode. However, Stephanie continues to make headlines for her steamy photos and career choices. She recently revealed the two things that she will never do again. Read on to find out about Stephanie’s promises.

On Monday, October 5, Stephanie posted two sexy photos of herself. In the post, she wore an olive-green dress. The 90 Day Fiance star also showed off her newly chopped blonde hair. It wasn’t just the photos that had fans talking. Stephanie revealed the two things she’s given up forever.

In the second photo, Stephanie posed on her balcony. The top three buttons on her dress were left unbutton. The TLC star’s sultry photo received over 11,000 likes. Fans flocked to the post to share their thoughts on the hot photos.

“You’ve never actually been in love anyway lol,” one fan wrote, to which Stephanie responded, “also true” with the laughing and crying emoji. One fan told her to give it “another 10 years and you will wear that bra again.” Most fans don’t think her promise will last for long.

Stephanie already has one of her Halloween costumes planned

That recent post racked up more comments than her previous post. On Thursday, October 1, the 90 Day Fiance alum made it clear that she already had Halloween on the brain. In that photo, Stephanie posed against a white wall. She wore nothing but an itsy-bitsy red dress that was belted. She accessorized her mischievous look with devil ears.

“Octoberween! 30 days of sexy costumes and fun roleplays on my onlyfans,” Stephanie captioned the post. “Right now is the time to join, just sayin’ link: onlyfans.com/stepanka.”

That post only received over 6,000 comments. One fan wanted to know why “all the 90 Day girls” were doing “playbook-esque shoots for subscriptions.” The user was referring to Stephanie’s fellow co-stars like Ashley Martson and Larissa Lima.

That fan argued that they’re “Better than that.” Stephanie defended herself, stating that she “built a brand that revolves around a sexy online persona for the past 4 years.” She claims that she’s “celibate, fairly reserved, and introverted” to this day. Other fans jumped into, telling the fan to mind her business.

Most fans love that Stephanie feels good about herself these days. Which of her sexy Instagram posts did you like more? Sound off below in the comments section.

In the meantime, 90 Day Fiance: The Other Way returns from its hiatus on Sunday, October 11 at 8 p.m. ET on TLC.