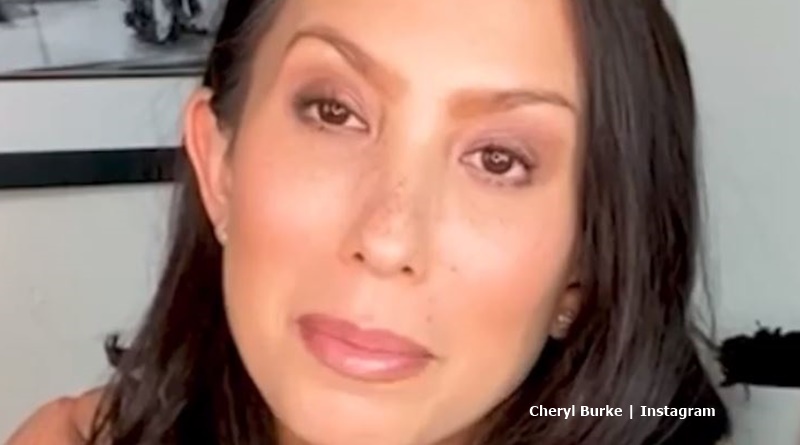 DWTS pro-dancer, Cheryl Burke’s staying on the road of sobriety. In fact, that’s one reason why she felt she connected with AJ McLean, the Backstreet Boys singer on the show. She quit cold turkey, never easy, and now she shouted out to Matthew Lawrence for all of his support.

It seems incredible that the Dancing with the Stars pro-dancer just quit and stayed with it. But, imagine doing that without family support? However, for Cheryl, her husband stood right by her as she fought her addiction. And, obviously, she also found some support and mutual empathy from AJ McLean. Fans know that he struggles with “multiple trips to rehab for both alcoholism and depression,” we reported. And, “right now, he’s living his best life, and he wants it to stay that way. So far, he is nine months sober.”

Uplifting news like that makes fans of ABC very happy. And nobody’s happier than Cheryl when it comes to her husband, Matthew. She spoke to Good Morning America about him this week. In fact, she described him as her “rock.” And, she added, “I don’t know where I would be without him.” Of course, apart from him supporting the DWTS pro-dancer, Cheryl’s deepest motivation came from her own family experience.

People, who use alcohol or drugs often come from families affected by those with sobriety issues. American Addiction Centers noted that “children of alcoholics face risks of mental health trauma and substance abuse in their own adult years.” And, that held true for Cheryl Burke. But, like her dad who fought and overcame alcoholism, she too, fought back with Matthew by her side.

GMA cited her as saying, “I don’t know if it’s genetic, but it, you know, it definitely runs in the family, and I didn’t want to fall down that slippery slope.” The DWTS star fought the good fight against her addiction by attending “therapy” and undertaking “daily meditation.” And, it sounds like Matthew stood by her every step of the way. In fact, no doubt that becomes a lifelong aspect of their union. After all, addictive desires never go away completely.

Wow, what a crazy night last night was! So proud of @aj_mclean and the rest of the @backstreetboys crew for KILLING that Cha Cha. 💃🏻 Thank you all so much for tuning in and for voting for us over here at #TeamPrettyMessedUp. ❤️ A brand new episode of @prettymesseduppodcast is out NOW! #BSBArmy, you don’t want to miss this… we talk with AJ’s bandmate @kevinscottrichardson, as well as our fellow #DWTS cast mate @nevschulman. Link in my bio!

On her latest Instagram post, fans reacted to Cheryl and her fight for sobriety. One DWTS fan wrote, “It shows that even celebrities are just people and that’s something a lot of people out there sometimes forget. Stay healthy.” And, another one chipped in on a previous post with, “sobriety looks so good!!!” Now watching Cheryl Burke and AJ McLean do so well on DWTS, it brings the value of sobriety to the fore. Many fans wish both them a lot of success.