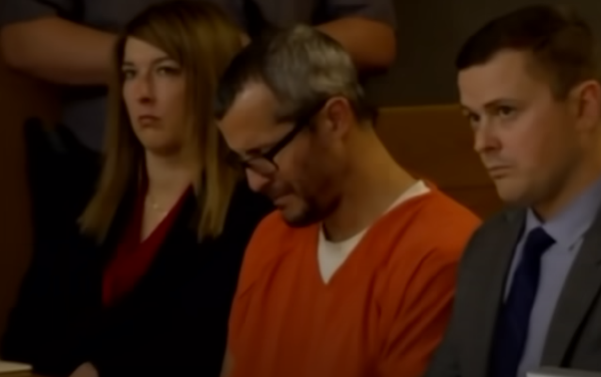 Did you catch Netflix’s latest documentary? When American Murder: The Family Next Door dropped on Netflix, it quickly captivated subscribers’ attention. The show follows the tragic story of the Watts family and how the patriarch, Chris Watts, murdered his wife and two young daughters.

If you haven’t had the stomach to watch the entire show, you can catch the trailer here:

Chris Watts is locked away in prison and serving a life sentence, but that hasn’t stopped people from reaching out to him. PEOPLE reports that Chris is corresponding with women and fans. One source disturbingly reported that several of the people that write to him aren’t at all disgusted by his crimes.

“He got a lot of letters at first,” the source tells PEOPLE. “Many of them are from women who thought he was handsome and felt compassion for him. He had nothing better to do, so he wrote them back. And he started having penpals. A couple of them stood out, and they’ve kept in contact.”

Right now, Watts is in protective custody. Needless to say, he isn’t exactly popular with the other inmates. He doesn’t interact with many other humans, so he likely welcomes the letters.

“Some of the letters are angry,” the source continues. “A lot of them are from people of faith who want to pray for him. But then he gets letters from women who want to connect with him, you know, romantically. He responds because he doesn’t have anything better to do.”

The Surviving Family Reacts To The Netflix Film

Netflix isn’t the first network to try to tell the Watts family’s story. Lifetime tried last year, but the rest of the family was not impressed.

However, it appears the family had a hand in the Netflix adaptation. Shanann Watts’s brother praised the film on Facebook.

“I highly recommend watching this. It’s on Netflix. The director made sure we were a part of the whole process and we met the whole team personally. They made sure we were ok with them making this before they even started, unlike lifetimes [sic] horrible movie. This Documentary gives my sister a voice and she speaks throughout it. It also shows what her life was like before he came along and how happy she was with her beautiful family until he cheated and turned into a different person and became that monster,” he wrote.

Have you seen American Murder yet? Let us know what you think in the comments.