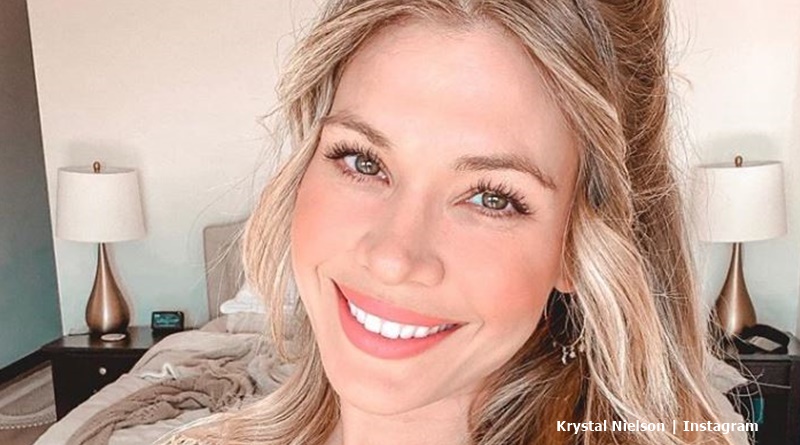 BiP stars Krystal Nielson and Chris Randone featured on the ABC show. And, it looked like another success story. But, after their wedding, within eight months, they filed for divorce. It all came and went in double-quick time. Seven months after the split, it looks like Krystal found a new man.

When the Bachelor in Paradise stars broke up, it was the first time a married couple from the show split. But, we reported that Chris never really settled into married life. It seems that everything simply went too fast for him. But, he always hoped that somehow they could connect properly and even reconcile. However, he gave up and went on his way.

Now, it looks like Krystal moved on in a big way as well. And, it certainly seems that the BiP star’s dating again. And why not? As US Weekly reported in August, Chris already resolved to “start dating again.”  He told the outlet, “I’ve been definitely doing my due diligence on a few people that, you know, just catch my eye out there. So just gradually kind of getting my feet wet.”

On October 6, Krystal went onto her Instagram and revealed a photo of herself with a nice-looking guy. Fans thought he looked rather good. He held her up to his waist and they kissed passionately. She looked stunning in a bronze-colored tee and blue shorts. Meanwhile, he wore jeans and a blue polo shirt. She captioned her photo with a long write-up.

The BiP alum noted, ” I’ve learned this year to lean into love…” And, she revealed that she feels very “excited for this new chapter.” Krystal rightly noted that she went through a “year” of “ups and downs.” But now, she just wants to grab life and get over all the “anxiety” of 2020. The Bachelor in Paradise star also wrote, “rather…embrace, evolve and create new experiences that will continue to shape us into who we are meant to be.”

This year has been full of ups and downs. Loss, uncertainty, and constant anxiety over when “life” will get back to normal. But I realized that life isn’t meant for us to replay… but rather for us to embrace, evolve and create new experiences that will continue to shape us into who we are meant to be. I’ve learned this year to lean into love… To let go over the constant anxiety over what people think of me… And to stop putting MY life, and the things that me make ME happy, on hold. I am sooooo excited for this next chapter. Thank you to everyone for your support along the way. ✨

No longer caring what other people think

Krystal puts aside her worries about what “other people think,” and just plans on making the most of things. Some fans seemed surprised as they didn’t know she and Chris divorced. But, those who knew that seemed happy for her. And, lots of people ask who the new man is.  One fan said, “We need the deets!!!!” Naturally, fans really want to know who he is. But, as his face turns away from the camera, there’s no way to tell.

No doubt in time, the BiP alum reveals his name. So, check back with us often as we’ll let you know as soon as the reveal happens.