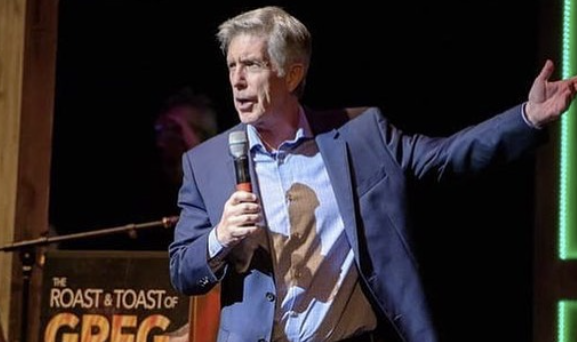 Tom Bergeron doesn’t seem phased about missing out on Dancing With The Stars. It’s been several months since ABC announced Tyra Banks would be the new host. In fact, Tom handled the whole situation incredibly tactfully. He gracefully announced his exit on Twitter and occasionally pokes fun at the whole situation on Instagram. A few months ago, Tom posted a photo of himself reading a tabloid and pretending to be shocked at the headline, “Why Tom Bergeron Was Really Fired!”

Even though many fans said they wouldn’t watch this year, the show still has strong ratings.

In a recent Instagram post, Tom Bergeron addressed why he believed the ratings were still high this year. The initial post was a picture of Tom holding up his presidential ballot, but the conversation in the comments went a little bit off to the side. One of his followers asked about DWTS ratings this year, and Tom confirmed that the show is actually doing quite well.

“But like a Covid test, ratings are a snapshot in time. Curiosity factor plays a part, as does competition (or the lack of it). Once [NBC’s The Voice] premieres, which was our usual competition when [Erin Andrews] and I were there, the comparisons will be more exact,” the former host replied.

But Can The Ratings Hold Steady For Much Longer?

However, others seem to think that ratings will drop now that Carole Baskin is gone. The Tiger King star left during Disney Night last week. The show tonight will be the first one without her. Many were curious to see how poorly she performed. Carole herself predicted that much before the season even began.

Carole Baskin may be gone, but the show is still worth watching. There are plenty of entertaining contestants and pros left in the competition. But will they be enough?

Nev Schulman is definitely a strong contestant. And the funny part is that hardly anyone saw it coming. His Disney Night performance blew judges out of the water and he manages to consistently score well.

If you’ve read through any DWTS comment sections, you know the ratings probably aren’t high because of Tyra Banks. The new hostess is trying her best, but fans aren’t willing to give her a chance. ABC replaced Tom Bergeron with Tyra because they hoped it would shake up the show and prevent it from becoming stale. However, it seems that some fans really prefer the old version.

What do you think? Are you happy with the way things are going this year, or do you wish Dancing With The Stars would go back to its old style? We all love and miss Tom Bergeron, but are you willing to give Tyra Banks a chance? Let us know.