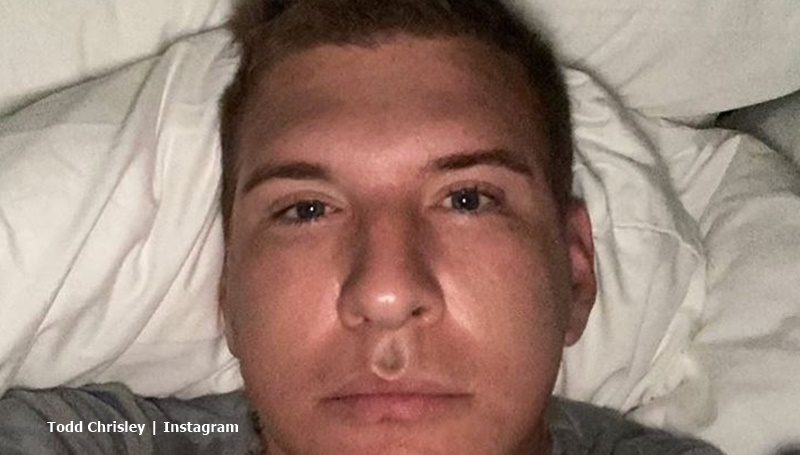 Todd Chrisley looks successful in everything he touches these days. His wife stays loyal, Savannah’s gorgeous, Chase gets on with his dad, and even Kyle reconciled with him. Then, little Chloe adores her “dad.” Plus, Grayson and his dad obviously adore each other. He clawed his way out crippling debt, and his TV show grows ever more popular on the USA network. But now, he reflected on the things in life “better left unsaid.”

Todd Chrisley seems successful but regrets some things he said

Fan of Chrisley Knows Best know that Todd’s quite religious. Actually, he uses his Instagram platform often and talks about God in his life. But, as many Christians know, nobody’s perfect. And, he admits his faults. Notably, out of the list of good things we mentioned above, Lindsie Chrisley’s name’s absent. That’s because they became estranged years ago when she left the show.

Plus, you probably recall that she accused her dad of extortion over an intimate tape at the height of the tax evasion investigations. In fact, we reported that“unfortunately, it doesn’t appear as if she has much to do with her family.” And, she snubbed Julie on Mother’s Day, at least on social media. Unfortunate words got said between father and daughter over the years. And, Lindsie claim’s it’s irreconcilable. Maybe that’s why Todd Chrisley reflected on things “best left unsaid.”

On the weekend, Todd took to his Instagram and posted up a meme. It showed Kermit the Frog. And, the words said, “Some things are better left unsaid.” Then, at the bottom, it read, “which I generally realize right after I…said them.” Plenty of fans laughed at the meme. But, others agree that they also struggle with regrets. And those who try not saying bad things often can’t hide their feels through their body language.

One fan of Todd Chrisley commented, “This perfectly sums up my life!” And another one suggested, “Say what you Mean & Mean what you Say without being Mean! 💙 ” Interestingly, business communications students probably studied Dr. Stephen R. Covey’s  7 Habits of Highly Effective People. Saying the wrong thing really comes down to personal choice. Be The Change Project notes that he taught that people can make a “conscious choice rather than an unconscious reaction.” As Covey said, “between stimulus and response is a space, and in that space is our freedom to choose.”

Maybe Todd Chrisley read Covey at one stage and simply forgot it. That slight pause before people open their mouths really can make a huge difference and prevent regrets later. Unfortunately, once things get said, no amount of apology ever takes it back. What do you think? Did you ever apply Covey’s principles and found it worked for you? Sound off in the comments below.