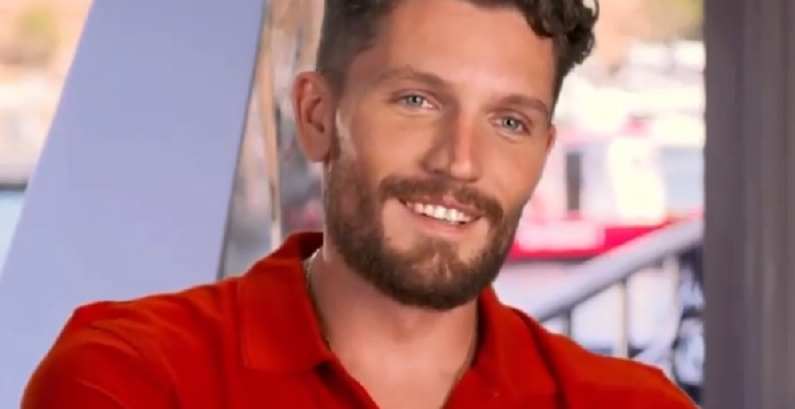 Fans have seen their boatmance play out on Season 5 of Below Deck Med and it’s hasn’t been pretty. Oftentimes, Jessica feels anxious and insecure.

But she’s not alone. Apparently, Rob has that effect on a lot of women. Madison previously teased her relationship with Rob during the Below Deck Sailing Yacht reunion. At the time, she wouldn’t name names. Initially, fans thought she dated Alex Radcliffe from the same show.

Below Deck Sailing’s Madison Stalker opens up about her romance

Last month, Madison dropped hints about Rob during a Reddit AMA session. However, Rob denies the rumors. But she claims they were in a relationship and she fell in love with him. Unfortunately, that love led to heartbreak.

On Saturday, October 3, Madison told Bravo Confessionals that she and Rob started talking on social media. He slid into her DMs. Their relationship started around April or May of this year.

“He actually slid into my DMs,” she said. “I think a promo had just come out about the new season and naturally living up to my last name, I started creeping on everyone.”

Dropping soon, we sat down with our friend Madison Stalker, Below Deck Sailing Yacht, for a really emotional conversation that has way more to do with #BelowDeckMed than you might suspect. Madison is open and real with us as we finally are able to divulge some of the Below Deck secrets we’ve been holding onto for months. We’re so proud of Madison and her strength and ability to be so open and push through some pretty tough crap. She’s a true rockstar & force to be reckoned with! 🔥🔥🔥 . . . . . #belowdeck #belowdecksailing #belowdeckmediterranean #bravo #bravotv #secretsrevealed #celebritygossip #breakingnews #captainsandy #maliawhite #bravoconfessionals

A post shared by BravoConfessionals (@bravoconfessionals) on Oct 3, 2020 at 2:05am PDT

From there, Madison and Rob started talking. She claims their relationship was a “domino effect” that “progressed really quickly.” Madison revealed that she hasn’t been “this emotionally invested in someone in years.” Like her fellow Below Deck Med star, she said that Rob made her feel special. Unfortunately, she didn’t see the signs early on.

The couple were very serious

Rob and Madison started making plans for their future. The Bravo star said she sometimes looks back at some of their text message interaction. Rob made her feel as if they could have a “future together.” She said he “messaged me multiple times about next year” where he would make plans to meet her for her birthday.

“It’s like a wicked game to make someone who has a tough time emotionally being with men, because I’ve been so hurt in the past, to actually say ‘I’m all about this woman,'” Madison continued. “I’ve never introduced any boy that I’ve been talking to my West Palm Beach friends.”

Their relationship moved offline. She revealed that she invited him to dinner with her friends, and “they loved him.” Rob also met Madison’s parents. He was the second boyfriend to meet her father. Obviously, the Below Deck Med star meant a lot to her.

Madison knew they were over when she saw one of his interviews. In a previous episode of Watch What Happens Live, Rob told host Andy Cohen that he’s still in love with Jessica.

As for Madison, she didn’t hear back from him after that shocking revelation. While he didn’t break her heart, she still feels used. That’s when she realized he says the same things to a lot of women.