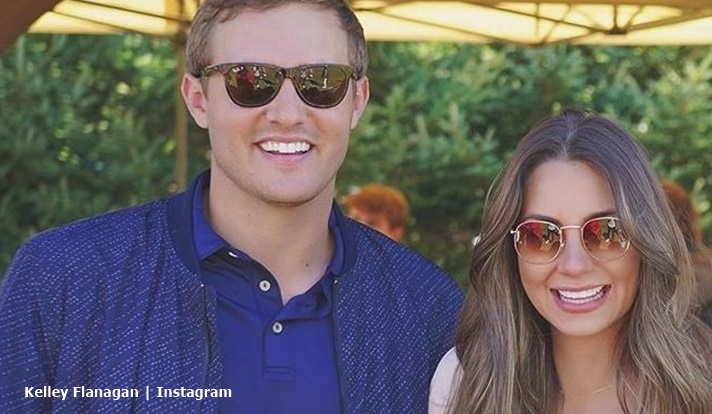 Bachelor stars Peter Weber and Kelley Flanagan seem intent on staying together permanently. In fact, they look at moving into a place together in New York next year. And, they invest in a property in Chicago together. But now, a next-level event happened in their lives! Kelly finally experienced her first day supporting the Seahawks. And, she looked really cute in her brand new Hawks’ jersey.

This weekend, the Seattle Seahawks played against the Dolphins in Miami. And, Peter and Kelley got themselves over to the game. Peter shared on his Instagram Stories how he woke up feeling excited and “great!” Then, he remembered why. They couldn’t wait to get down to the Hard Rock Stadium. And for Kelley, it represented the first time she ever supported the team.

Peter took a photo of Kelley wearing her brand new jersey. And, he asked her how it felt wearing a Seahawks jersey for the first time. Well, she looked a bit uncertain. After all, loyalties are hard to break. But she chose a great day for it as the Bachelor couple’s team won. 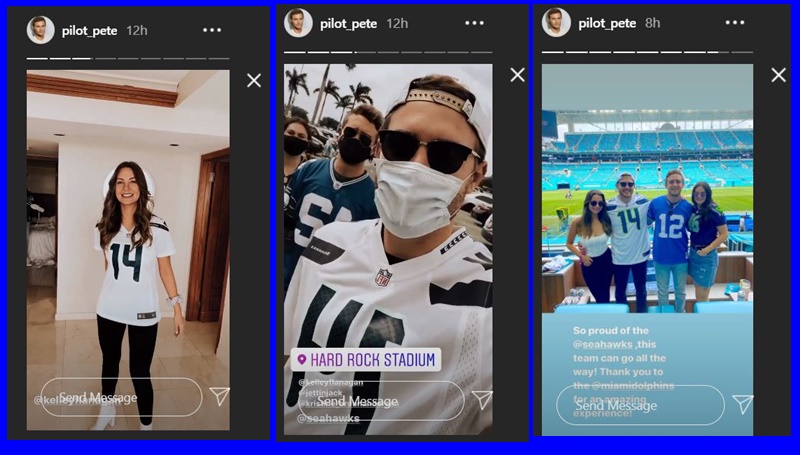 Peter and Kelley rekindled their relationship because of the Super Bowl

Fans of the ABC show probably recall that Peter never chose Kelley as his partner in the show. Although they previously met at a function held in the same hotel, he sent her home. But later, US Weekly reported that they met up again during the Super Bowl. The outlet explains that he told the Viall Podcast, “After the show, I was in Miami, I had the opportunity to go to the Super Bowl there with my brother and I ran into her on Saturday night before the Super Bowl.”

So, it looks like if and when the Bachelor couple commits to a life together, the game played a huge part in bringing the Bachelor couple together. Hopefully, for Kelley, the Seahawks keep on winning. That might be a good omen for them. Meanwhile, on her Instagram, Kelley spoke about her loyalties when it comes to the game. She wrote, “What a game! I was born and raised in the 305 and remember all the great memories I had in this stadium! Our first NFL game together was in my hometowns stadium against his favorite team!”

Peter devoted to the Seahawks

Joking, Kelley talked about Peter’s loyalties. She added, “This was such a cool experience to have! Peter almost broke up with me when I put on a dolphins hat. Then she noted, “but I still have to rep the 305 and now the biggest Seahawks fan too!”

What do you think about Kelley supporting the Seahawks out of love for her Bachelor lead? Sound off in the comments below.