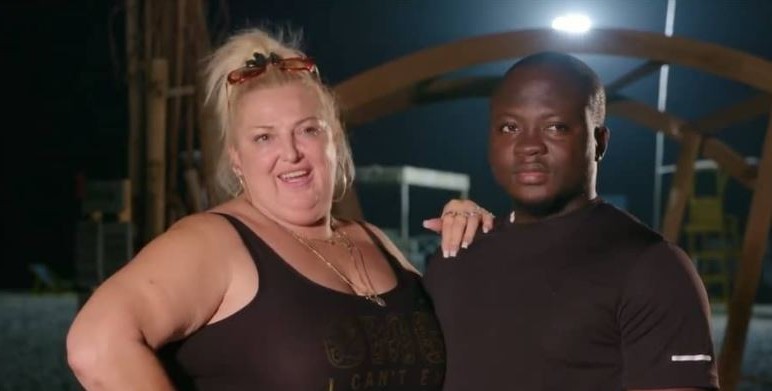 90 Day Fiancé: Happily Ever After? cast member Angela Deem is making fans wonder if she may be getting her own show. Her posts on social media have fans wondering what she is up to.

Angela Deem gives us a hint

Angela Deem has used her Instagram to hint that something might be in the works. The loud, but funny, Angela has been fueling rumors. These rumors suggest that she may be receiving her own reality TV show.

Angela’s Instagram Story, that started the speculation, is a circled paragraph of the article that talked about her spending time with her manager and celebrity trainer, Natasha Fett. The article asks, “Could Angela be getting her body transformation show?” There have been no official announcements made by TLC or Angela Deem.

Angela has hinted at a spin-off show before! She used Instagram Stories to hint she and her husband are planning on getting their own reality TV show. She didn’t use those words exactly, but she reposted a link to the Instagram account, @90daythemelanatedway. The page had a YouTube video regarding the news. According to Monsters & Critics. the YouTube video claims that the President and General Manager of TLC, Howard Lee, is looking to add a couple more 90 Day Fiance spinoffs to its schedule.

90 Day Fiance has been a cash cow for the TLC network. There are currently ten popular spinoffs from the original 90 Day Fiance. One of the recent shows is Stacy and Darcy. It’s about popular twin sisters that try to find love.

Viewers agree that whether or not fans love Angela Deem, and her new husband Michael, there’s no denying the pair is very entertaining. Because, fans watch as Angela gets mad at her quiet, tame husband over the smallest things. And, no matter what Angela does and says Michael is left apologizing for whatever Angela is upset about. Looking at her Instagram comments leads people to believe that she does have a lot of support on her side.

Angela’s fans are very supportive of her and Michael and a few people have commented they hope she gets her own show. There’s a large group of people who say they will watch her in any series she is in. Likewise, while Angela has a lot of support, she also seems to have some haters. It’s no secret that Angela has been known to verbally abuses her husband Michael. However, this in turn upsets many people, and her page also has a lot of comments to show how upset they are. As an example, one commenter says that they hope Michael leaves Angela as soon as he gets his Visa to America. Love or hate, this couple always has us talking!