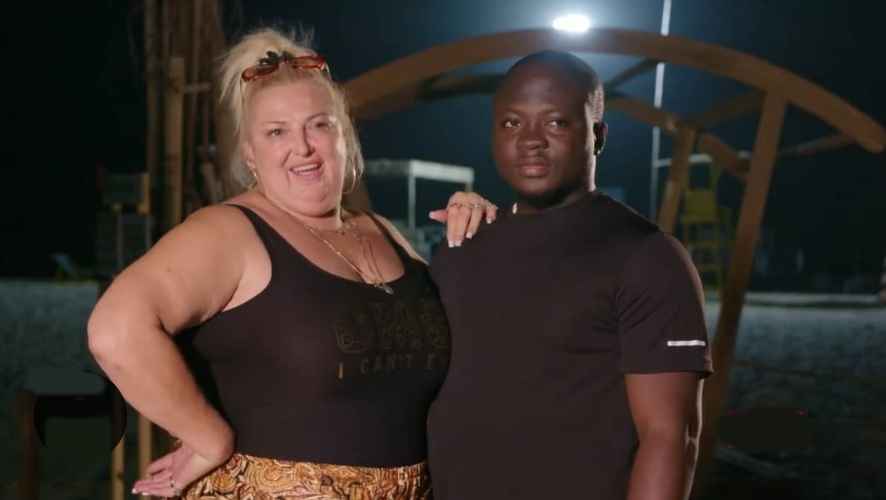 Fans of Michael Ilesanmi and Angela Deem on 90 Day Fiance can look forward to a treat. Angela will be starring in two future TLC spinoffs. One will be with her husband, Michael, while the second with be with her daughter, Skyla. While the couple has also attracted haters, let’s face it, no one can ignore this TLC reality star!

Angela Deem’s controversial relationship with Nigerian national Michael Ilesanmi has certainly been entertaining. Whether viewers love or hate the Georgia resident, they cannot deny wanting to watch the show. Fans first met Angela when she traveled to Nigeria to meet her online love, Michael. The pair’s on-again-off-again relationship did finally reach the marriage stage, although there are still problems.

Angela’s larger-than-life personality has not only drawn fans – it has paid off with two spin-offs of the TLC reality show. Angela will star with Michael in one spinoff, but also with her daughter Skyla Deem in a second.

Of course, in the latest season of 90 Day Fiance: Happily Ever After? we finally got to see Michael and Angela wed. The blushing bride almost called off the wedding a number of times over Michael’s lies and jealousy over his reactions to other women.

TLC obviously saw the potential for the outspoken American woman and her mild Nigerian husband. It has been decided to have two spin-offs starring Angela, one with Michael, the other with daughter Skyla. How will this work?

90 Day Fiance: The Other Way returns

In one week’s time, 90 Day Fiance: The Other Way is set to return after the midseason break.  Who can forget the explosive trailer released by TLC for the continuing show? Some of the drama spilled off-screen, including the tensions between Deavan and Jihoon and Brittany and Yazan. Of course, seeing Ariela having an emergency cesarian section and arguing with Biniyam’s sisters about baptism was tense.

How Angela comes into this is she and her daughter Skyla will be joining the cast of 90 Day Fiance: The Other Way Pillow Talk. This is likely to be a real eye-opener, as Deem is not known for keeping her mouth shut! Others appearing on Pillow Talk will include Loren and Alexei Brovarnik along with BFFs Molly Hopkins and Cynthia Decker. David Toborowsky will also appear with his wife Annie.  It is thought that Tim Malcolm and Veronica Rodriguez will also feature.

TLC confirms that Angela and Skyla will appear in Episode 15 of Pillow Talk, titled Ready or Not. They will give their thoughts on Sumit and Jenny’s problems as well as Brittany and her journey with her divorce. They will also speak up about Armando and Kenneth opening up to the family about their engagement.

Happily Ever After: Strikes Back on October 5

Angela and Michael will also appear on 90 Day Fiance: Happily Ever After: Strikes Back along with their fellow cast members. As noted by Screen Rant, the couples will discuss their respective journeys through the latest season. However, on top of this, they will respond to comments by fans and critics, so watch out folks. Be careful what you tweet!

As her first appearance on Pillow Talk, we can expect her oversized personality to shine on through the episode! Also, on October 5, is the last episode of the Happily Ever After Tell-All at 8 pm ET/PT on TLC.

’90 Day Fiance’: Colt Johnson Suffers DEVASTATING Loss
Peter Weber Almost Went On ‘BIP,’ Why Didn’t He?
Lisa Rinna Fires Back At Cheating Rumors About Husband Harry Hamlin
Sharna Burgess Reveals Why She Didn’t Do Interviews After ‘DWTS’ This Week
Mel C Opens Up About Insecurities Ahead Of Disney Week On ‘DWTS’