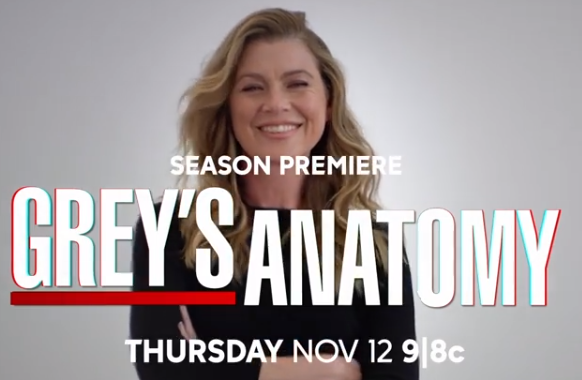 It’s been a rough year for Grey’s Anatomy fans. But finally, there is some news to look forward to. The series returns on November 12 with a cross over event with sister show, Station 19. The season’s new trailer recently dropped.

“It’s a war zone and we’re the ones on the front line. With all the lives in need, our world is ablaze. What we’re up against now is unlike anything that came before. At times it seems like there’s no end in sight. We won’t stop fighting. We won’t stop feeling. Because sometimes, we all need saving,” Grey’s lead Ellen Pompeo and Station 19 lead Jaina Lee Ortiz narrate together.

The trailer features clips of the most dramatic moments from the two series so far. Clips from the upcoming seasons are also included. You can watch the trailer for yourself on the Grey’s official Instagram page.

If you aren’t quite caught up, just know that the rest of the article will contain spoilers from Season 16.

When we last left our favorite surgical team, Owen just learned Teddy was cheating on him. He never showed up for their small wedding ceremony and said he had an emergency to attend to instead. But according to PEOPLE, that won’t be exactly where the show picks up this fall.

Instead, this season of Grey’s Anatomy will take place a few weeks into the pandemic. Showrunner Krista Vernoff explains that the season premiere will have pre-pandemic flashbacks. There were four more episodes planned for Grey’s Season 16 which had to be abandoned when the pandemic shut down filming.

Interestingly enough, Vernoff initially didn’t want to include COVID-19 as part of the storyline. However, she quickly changed her mind after discussing with other creative team members. Ultimately, they decided they needed to tell the story of all the real-life frontline workers.

“They convinced me that it would be irresponsible to not,” Vernoff told The Hollywood Reporter. “To be kind of the biggest medical show and ignore the biggest medical story of the century felt irresponsible to them to the medical community. These doctors are traumatized. They are not trained or wired to hold the hands of dying people all day who are alone without their families.”

What Else Will Be New This Season?

This is definitely shaping up to be one exciting season for sure.

Because of new health and safety concerns, things are definitely going to look a little different this season. For starters, there won’t be any scenes with crowded emergency or operating rooms. The crew will also use clever camera tricks so that actors appear closer together.

Are you excited about the two-hour crossover event? You can catch it on November 12 on ABC. Station 19 will begin at 8 PM eastern time with Grey’s Anatomy following at 9. Be sure to tune in and see what all the hype is about.