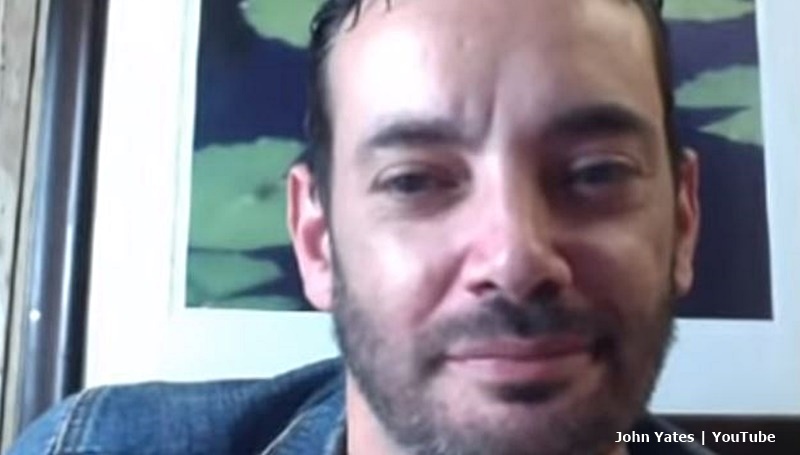 90 Day Fiance seemingly churns out endless seasons and spinoffs theses days. So, new faces crop up from time to time. Mind you, many of the other spinoffs involve old cast members. So, fans grow interested in new couples. Blogger John Yates just teased a spoiler about a new couple currently filming for the TLC show.

John Yates passed on loads of insider tips about the TLC show over the years. Sometimes, the cast contacts him directly with news. And other times, it seems he gets tips from people who come across the various cast members in their day-to-day lives. Vastly unpopular with some of the cast members who don’t like the way he dishes tea on them, others really like him. So, quite often John produces some juicy YouTube interviews.

On Saturday, October 3, John shared the news that a new couple started filming for 90 Day Fiance. But, he noted that he’s not sure which season they feature in. It looks like yet another Ukrainian comes to the show. Global News reminds readers that David and Lana featured on Before the 90 Days. She came from Ukraine. So too, did Caesar Mack’s girlfriend Maria. And, Anfisa’s dad comes from the country. Anfisa married Jorge Nava.

John shared a photo on his Instagram of a couple sitting at a table in a restaurant. It looks like the guy named Brandon might be the American and Julia might come from Ukraine. He captioned it with, “New couple alert! Meet Brandon and Julia who were just caught filming at @jing_lasvegas. I’m being told she’s Ukrainian and looks like Anfisa so I’m guessing Brandon is the American. This was their first time in Vegas – I’m not sure which spinoff they will be on.”

Well, fans reacted to the photo, and some of them noted how invasive the camera seem. But others talked about the new cast members. 90 Day Fiance follower wrote, “Interesting she does look a little like Anfisa from a side view. ” But, another fan talked about the number of people on the TLC franchise these days. They commented, “probably a new one … make them stopppppp!”

Actually, the fan brings up a good point about the “new one.” The cast grows so large that people struggle with keeping up. And, the spinoffs bring older characters back in, so they never fade away really. A constant bombardment of old faces and new people makes it almost impossible to pick a favorite these days.

Do you agree that way too many new faces populate 90 Day Fiance these days? ? Sound off your thoughts in the comments below about a new couple filming.