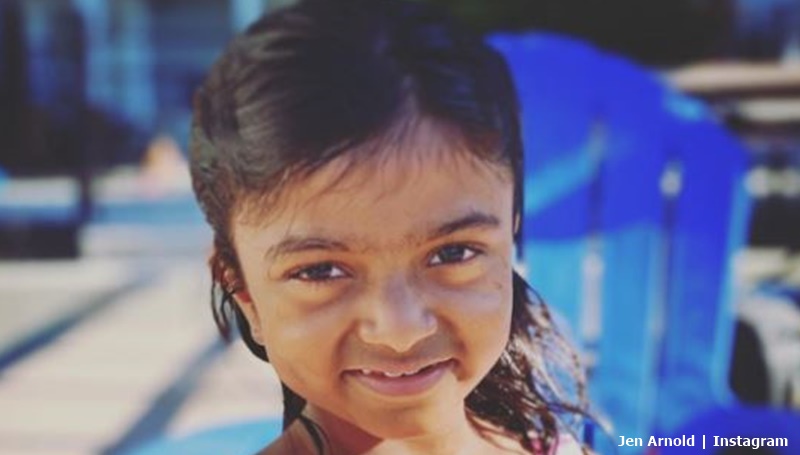 The Little Couple family celebrated Zoey’s birthday just over a week ago. The cute little person turned nine years old. Then, this weekend, her mom Jen Arnold posted up about her daughter once again. This time, she asked fans to guess Zoey’s favorite animal.

On Saturday, October 2, Dr. Jen Arnold shared a cute photo of Zoey. In it, she asked people if they could guess her favorite animal. And now, some fans wonder if she got one for her birthday. After all, it came the weekend after her birthday! Well, the photo, obviously taken in Florida revealed Zoey walking across the lawn amidst palm trees. But, there’s no animal in the photo.

Zoey wore jeans, a pink shirt and a yellow mask. In the caption, Jen wrote, “Spent some time with Zoey’s favorite animal… can you guess?” Then, she added the hashtags about getting out outdoors, wearing a mask, and mom life. Over her shoulder, cute Zoey carried something. And, at first glance literally, lots of people thought she carried a rifle! Well, a closer look revealed that guess was totally wrong. In fact, The Little Couple star carried a bridal or a halter.

In the comments section, it didn’t take fans long to guess that she loved horses. Or, as some suggested, a smaller animal, like a pony. People who love horses asked Jen if Zoey learned to ride horses. But she never replied yet. However, longtime fans might recall in 2018, that both of the kids went horse riding. So, it’s not a new hobby or sport for Zoey. Plus, in Season 5, the family visited Jen’s parent’s place. There, horses featured once again.

A few hours after she posted up the first photo, The Little Couple mom shared another photo and told her fans they guessed it right. This time, she revealed Zoey standing next to a pony. Then. in the second photo, Zoey sat confidently on top of the pony. And, it looks like she never got one for her birthday, as some fans previously asked. Jen wrote, “You guessed it… a pony! Zoey said, “Can we keep him?” Thank you Chevy for letting Zoey spend time with you! ”

In the comments section of the second phot, lots of fans reacted. And, as one person noted, “That little girl won the lottery when she got you for a mama! She is so blessed! You are an amazing human Jen!” Another TLC fan thought they might visit some stables in Gainsville, Florida. But most people talked about Zoey being such a “lucky” little girl. After all, so many kids dream of riding horses.

What animal did you guess was Zoey’s favorite? Do you agree that horse riding’s great fun for kids? Sound off in the comments below.