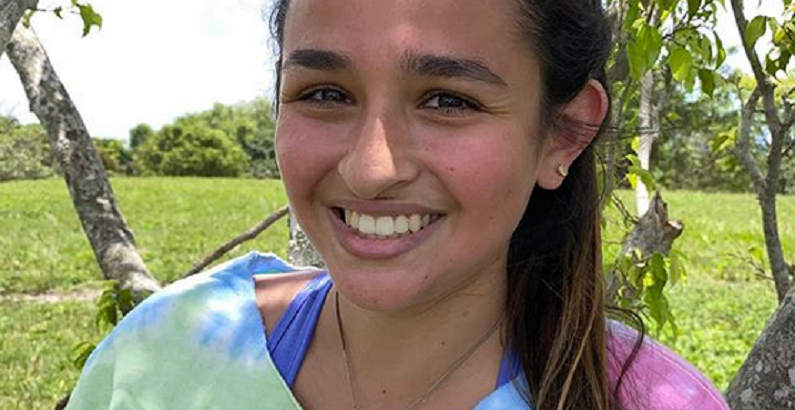 Jazz Jennings revealed that she’s on the top of a list. But it’s not what you think. Her autobiography ended up on the list of 100 most banned books. Earlier this week, the American Library Association’s Office for Intellectual Freedom published its 100 most banned books or challenged books of the decade. Jazz’s I Am Jazz is on the list, alongside The Catcher in the Rye and To Kill a Mockingbird.

It appears that many books written by the LGBTQ community are on the list. It also includes Heather Has Two Mommies and And Tango Takes Three, which is about two male penguins who start a family.

Jazz Jennings addresses the list of 100 most banned books

The TLC star is not happy, for obvious reasons. She says it’s “both disappointing and honorable” that her autobiography is on the list. Jazz Jennings wrote the autobiographical picture book when she was just 14. It was the precursor to her popular reality series of the same name. In an interview with Yahoo! Sports, Jazz addresses the list.

“In one way, it’s upsetting to know that there is still is so much stigma and controversy about a subject that has been prevalent within our society, but at the same time, there is some pride in knowing that the book is out there and still making waves,” the young advocate said. “It’s another stepping stone towards creating equality and ensuring that all people are respected and treated as equals, even those who are different.”

There are countless other LGBTQ-themed books on the list. Aside from the above-mentioned titles, other works include A Day in the Life of Marlon Bundo and My Princess Boy. However, Jazz’s follow-up, Being Jazz: My Life as a Transgender Teen didn’t make the list.

She shared her thoughts on why there’s still so much controversy surrounding LGBTQ stories for children.

“I think when it comes to children, they are viewed as so pure and unadulterated that parents don’t want them to be ‘corrupted’ by ‘twisted ideologies’ that they don’t stand for,” Jazz explained. “The truth is that we are trying to create acceptance and peace at a younger age so that there is more understanding for youth who are trans or feel different.”

As for the books that are on the most-banned list, Jazz said A Day in the Life of Marlon Bundo is one of her favorites. She loves how the story has “politic undertones” that addresses it in a way that’s easy for kids to understand.

Jazz Jennings always knew that she was a girl inside. Now, she’s making a startling revelation in a new interview. She spoke to 1010 WINS radio to talk about her difficult road to becoming herself. While Jazz admits she’s “in a much better place,” that wasn’t always the case.

Today is National Voter Registration Day. It is crucial we all use our voting power to elect an administration that will be loving and supportive of the LGBTQ+ community and all human rights. We need to make our voices heard at the ballot box and we need to do it now. Head over to Iwillvote.com (link in bio) and text VOTE to 30330 today to make sure you’re registered, make a plan, and go vote! ❤️ #yourvotematters #registertovote #lgbtq

“I didn’t really think anything meant anything in this world and I believe something different now,” she shared.

I Am Jazz is available to stream on TLC.com and TLC Go app.